Streaming audio recorders are not new things online. Most of them can be downloaded for free. But they are not perfect such as audio noise may be combined on the recording songs and take real time to record music slowly. DRmare will make it different this time. 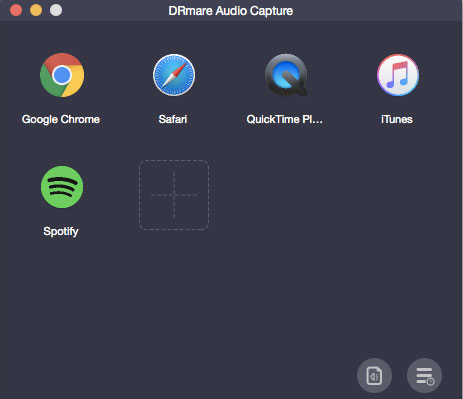 DRmare Audio Capture for Windows/Mac is more than an audio recorder. It contains most features which are not available on freewares yet with user friendly interface.

With the well-developed DRmare Audio Capture, everything become so easy. It generates standalone threads to record the songs and isolate them form each other. Users will not only save the time and energy but also get best lossless audio quality. Besides, as a light weight software, you can open it to use anytime you want and it is compatible with any streaming video and music websites.

“Downloading music online is a large requirement for many users. Instead of downloading music from a special platform Spotify, Apple Music, DRmare Audio Capture makes it possible for users to download music from any apps anytime.” Said Dave, the global sales manager of DRmare.

After releasing, it will be available on DRmare’s official website. Anyone download the free trial version to evaluate on Windows 7/8/10 and Mac 10.8~10.14 Mojave.

For satisfied users, they can buy it online by using a debit card, credit card, bank transfer, AliPay and so on.

The DRmare Audio Capture single user license costs only $19.95(original $29.95) on promotion and the family license which is up to 5 PCs costs just $39.95. The promotion could be ended any time, so please hurry up.

As a famous media software provider, DRmare is composed of an innovative team.

In the past few years, DRmare developed several flagship products M4V Converter, Audio Converter, Spoitfy Converter which helped millions of users convert iTunes movies, Apple music and download Spotify songs. As of today, it has over 80,000,000 satisfied customers all over the world.

By releasing the new DRmare Audio Capture, it will surely offer another new way for users to download music for free online.