1:1 lossless iTunes M4V converter to remove any limitations from M4V and convert both iTunes purchases and rentals and common videos to MP4, MOV, MPEG, AVI, 3GP, WebM, etc. while preserving 100% original quality, including all audio tracks (5.1 Dolby), subtitles, etc. for playback on all popular media devices. 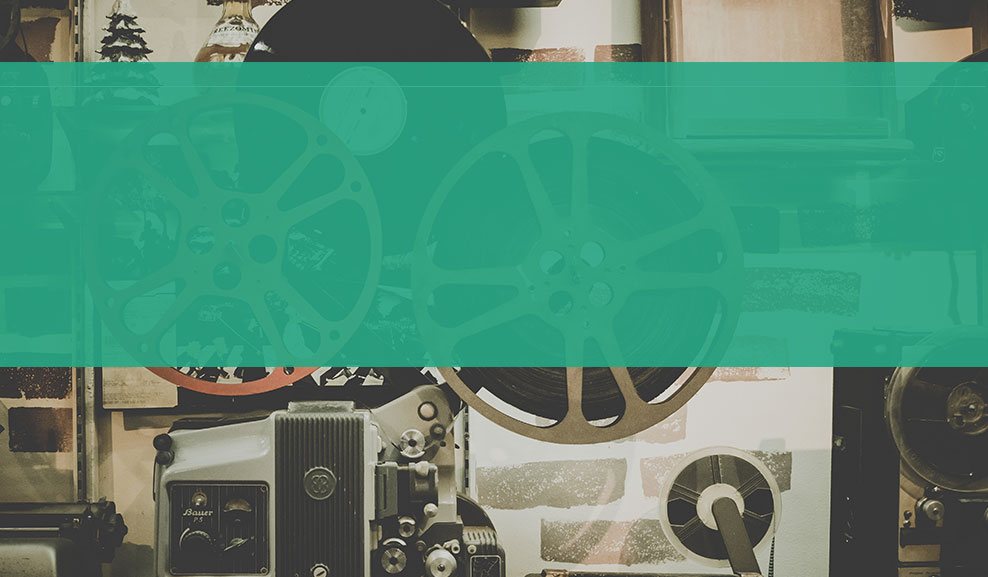 iTunes movies/TV shows/Extras are all encrypted by Apple. The initial purpose of the restriction is supposed to protect illegal distribution, unfortunately it brings much inconvenience to users who legally purchase the movies and want to enjoy them on more devices. If you are tired of playing iTunes movie files on only 5 devices through iTunes, you can use DRmare M4V Converter for Windows to unlock iTunes videos in a legal way once and for all.

With the perfect compatibility, DRmare M4V Converter for Windows runs unbelievably fast on any Windows computer with XP or above systems. The converting speed is 30X faster, which is the fastest speed for removing protection than other similar software. Moreover, it supports batch conversion, you just need to add the files and let the software convert iTunes M4V videos without sitting in front of the computer. With this high performance iTunes M4V media Converter, you can save a lot of time and efforts.

DRmare M4V Converter for Windows abandons the traditional way to bypass encryption through recording which may reduce the output video clarity and resolution, but use the most advanced technology to unlock the encryption directly and extract original M4V format of videos from iTunes video files legally. In this way, DRmare M4V Converter for Windows can keep the 100% original quality, including AC3 5.1 Dolby audio track, multilingual subtitles and closed captions from all iTunes M4V videos including 1080P, 720P HD movies and TVs as well as 480P SD files.

DRmare M4V Converter for Windows specializes in converting/editing protected iTunes videos from M4V to other formats of videos. It is superior to other software for the advantages including easy-to-use interface, 100% lossless quality retention, fastest converting speed, multiple export video formats and devices support, unique editing features like adding watermarks, audio effects, adjusting parameters. With this ultimate M4V Media Converter, you can get into a new free digital world without worrying about restrictions. 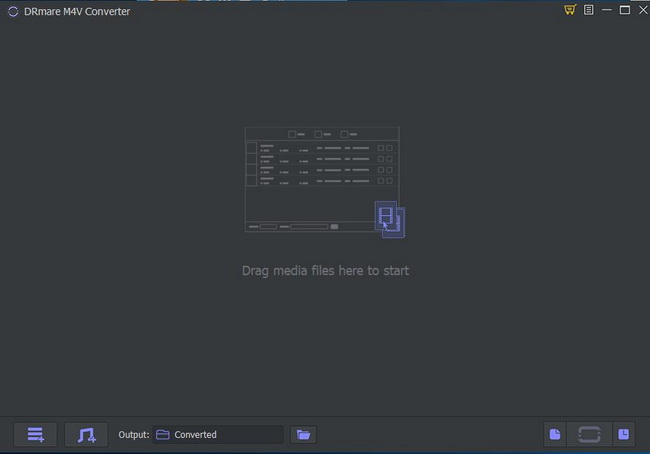 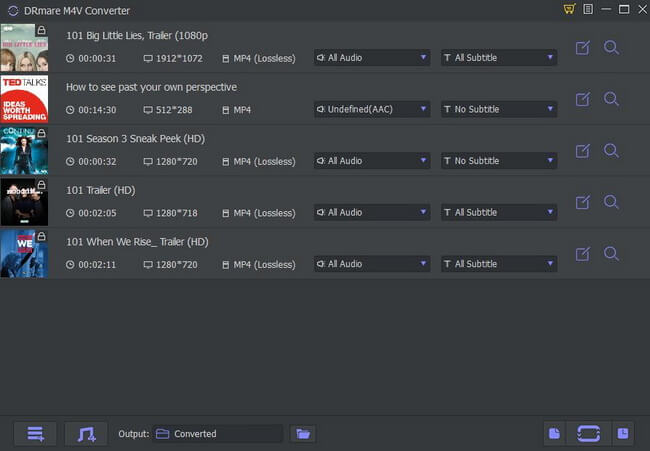 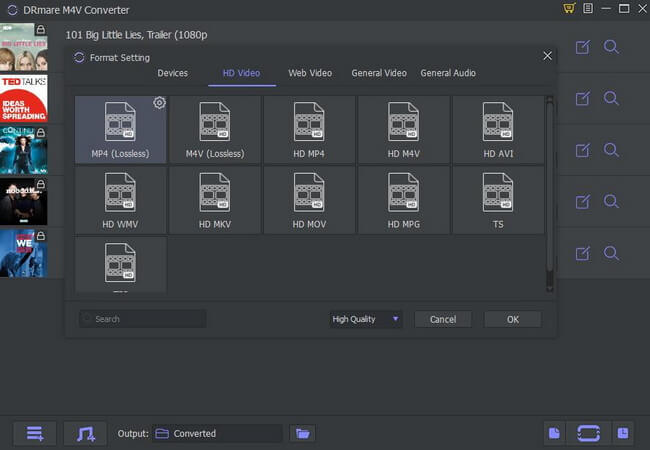 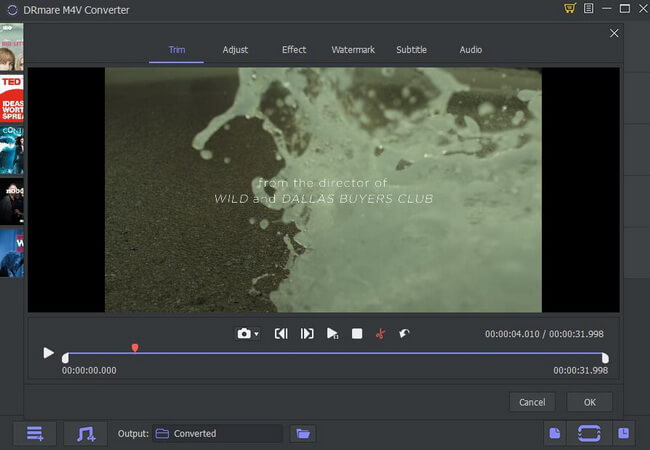 Cut, edit movies, add watermarks, audio effects and so on. 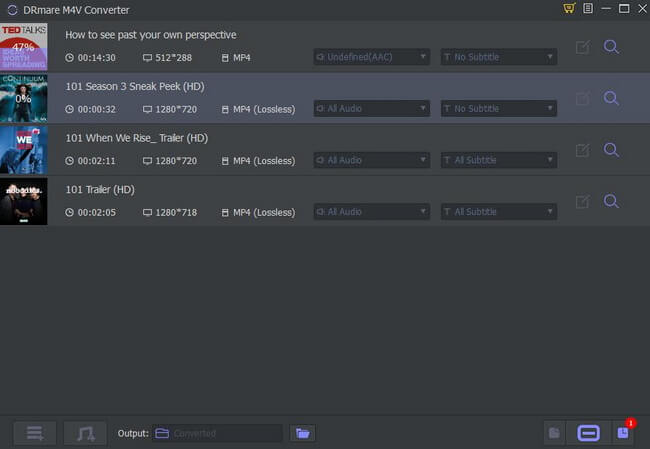 DRmare M4V converter is here to rescue, this tool will enable multimedia enthusiasts to play almost every file protected to any other device without harming the quality.

DRmare M4V converter is the easiest way to remove restrictions. It converts the video files of iTunes into the MP4 format which is supported by most of the media devices.

DRmare M4V Converter is a lightweight application that lets you convert the iTunes M4V purchases with ease.