February 10, 2019, the 61st annual Grammy Awards ceremony was just help at Staples Center in Los Angeles. It is the biggest concert for artists, musicians, entertainers. This awards show prize the best recordings, artists of the past year and was hosted by singer-songwriter Alicia Keys who won couples of Grammys herself.

You may have already know the nominations which were announced on December 5, 2018 but not the final winners. Now you can find the info here. Kacey Musgraves, Lady Gaga, H.E.R, Drake, Cardi B are some of the big winners. During this ceremony, there are many wonderful moments too. Please continue to check the details of the amazing moments and full winner list. 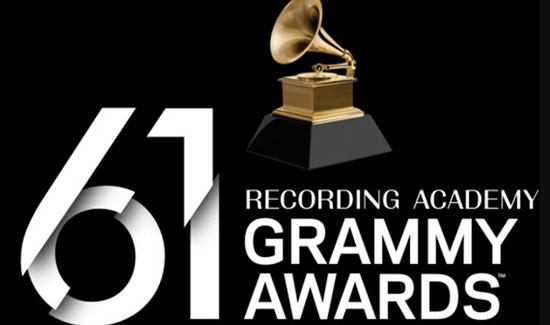 Lady Gaga landed at the Grammys to perform "Shallow". This song has become a great hit from her feature-film A Star Is Born. It was pure glam camp with Gaga's eccentric performance.

BTS, the world-famous idols have become the first representatives of K-pop genre to show at Grammys. Their 2018 album "Love Yourself: Tear" debut at number one on the Billboard 200.

Drake is the biggest pop star of rap category in the world. In his speech, he seemingly slighted the significance of the Grammy awards and stressed the point is if many people already sing your songs then you don't need Grammy.

Janelle Monáe wear a black vinyl suit to pay homage to everyone from Prince. Here riveting performance may let you wonder if you are seeing a preview of Dirty Computer Broadway show.

The "Thank U, Next" pop star was not attending the show, but she posted a series of popular photos showed her lounging in the gown

Latin representation is scant among Grammy nominees. That is why it matters when Gamila Cabello opened the Grammys, co-starring Yound Thug who also scored an award for Song of the Year.

The ceremony was packed with ballads. But not all ballads are wonderful. H.E.R. strummed her guitar, joined the stage to give the most stirring performances.

Record of the year - "This is America," Childish Gambino

Song of the year - "This Is America," Donald Glover and Ludwig Göransson

Best pop solo performance - "Joanne (Where Do You Think You're Goin'?)," Lady Gaga

Best Urban Contemporary Album - "Everything Is Love," The Carters

Now you have already found the Grammy songs and albums. Do you want to listen to these songs or playlists? If so, one of the best way is subscribing to streaming services such as Apple Music, Spotify, Google Play music.

But streaming music doesn't support to distribute songs elsewhere. If you'd like to get the music for playing anywhere, you can buy the albums or songs from the iTunes store or local CD shops. It will cost you a lot if you like to get all the favorite music though. Another secret solution is to remove DRM from Spotify songs or Apple Music by using an music converter. Personally I'd highly recommend Apple Music since it is encoded in 256Kbps with AAC codec. You can take a look at this Apple Music Converter for Windows/Mac.