Just yesterday, January, 28, 2018, the 60th annual Grammy Awards ceremony hosted by James Corden was held at Madison Square Garden in New York City, which aims to honor the best achievements in recording, compositions as well as artists of the eligibility year running from October 1, 2016 to September 30, 2017. A Grammy Award (previously also known as Gramophone Award) is an award presented by The Recording Academy in recognition of the achievements of the mainly English-language music industry. Grammy Awards is on a par with the Oscar Awards for the film industry, the Emmy Awards in the television industry, and the Tony Award for the theater. With the end of this Grammy's feast, winners were announced completely in the 60th Grammy Awards. With the end of this Grammy's feast, Bruno Mars sweeps the top categories in the 60th Grammy Awards. Let's talk a detailed review of the complete winner list as below. 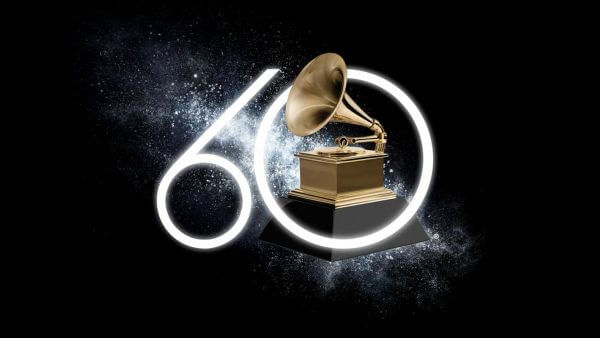 Part 1. List of Winners in General Filed at the 60th Grammy Awards 2018

When it comes to list of awards, Bruno Mars should be put in the first place to mention, since Grammy Awards night is a biggest night for Bruno Mars, who won all six of awards he has been nominated for. Bruno Mars sweeps the top prizes, including the album of the year, the record of the year, as well as the song of the year relying on "24K Magic" and "That's What I Like".

Born on October 8, 1985, Bruno Mars is an American singer, songwriter, multi-instrumentalist, record producer, and choreographer, who has the ability of playing various instruments, like guitar, bass, piano, and more and performing in a wide range of musical styles. With sold over 130 million records all over the world, he has been one of the best-selling artists of all time. Apart from the 2018’s Grammy Awards, Mars also has received multiple other awards and nominations, such as three Brit Awards and three Guinness World Records. It's worth mentioning is that in 2011, Mars has been named one of the Time's 100 most influential persons in the world.

As Bruno Mars' third studio album, "24K Magic" was released on November 18, 2016, exploring the popular genres, like soul and funk. Other singers believed in that since Mars entered into musical industry because of the deep love of R&B sound, Mars and his team started to capture the 90's popular R&B sound and applied them to the second album, Unorthodox Jukebox and the next albums. Besides above awards, "24K Magic" also won the Grammys Awards for Best Engineered Album, Non-Classical and Best R&B Album.

"That's What I Like" is a song included in Mars' third studio album "24K Magic". From what we mentioned above, we are not familiar with this excellent album, which was earned so many titles. As the second single from studio album "24K Magic", "That's What I Like" is the highest charting single in the United States and ranks No.1 on the Billboard Hot 100. Actually, in addition to Bruno Mars, seven other writers took place in producing the popular song, respectively Christopher Brody Brown, James Fauntleroy, Philip Lawrence, Ray Charles McCullough II, Jeremy Reeves, Ray Romulus and Jonathan Yip.

Alessia Cara (originally called Alessia Caracciolo) is a 21-year-old Canadian pop singer and songwriter. She has released three singles, including "Here", "Know It All", "Scars to Your Beautiful" and "Stay". The third single "Scar to Your Beautiful" reached number 8 on the Billboard Hot 100 in 2016. At the 60th Grammy Awards, Cara has gotten her first Grammy Award for the title of Best New Artist. When the microphone came to her, Ms. Cara said that "I'm sharking. I’ve been pretend-winning Grammys since I was kid, like in my shower".

Part 2. Complete List of Winners in Other Filed of Grammy Awards in 2018

In order to have a complete collection of 60th Grammy Awards, we are here to make a full list of awards in following article for your reference.

Best Rock Album: A Deeper Understanding — The War On Drugs

Best R&B Performance: "That's What I Like" — Bruno Mars

Best Comedy Album: The Age of Spin & Deep in the Heart of Texas — Dave Chappelle

Best Gospel Performance/Song: "Never Have To Be Alone"

Best American Roots Song: "If We Were Vampires" — Jason Isbell And The 400 Unit

Listening to music is a wonderful way to explore digital entertainment and relax ourselves. Which method owns to you for enjoying music tracks, only listening to audio tracks on MP3 player, or playing songs while watching its music video? If you are the one who uses the last approach and always purchases music videos from iTunes store, please be well noted that all iTunes music videos are encrypted by FairPlay DRM technology and limited to play on Apple ecosystem only. With the purpose for playing iTunes DRM music videos on wanted devices and media players, you should remove DRM protection from iTunes digital music files firstly with the help of DRmare M4V Converter that can break DRM lock from both iTunes music and movie videos and convert iTunes M4V to other common audio and video formats by doing a few clicks. For more detailed tutorial to remove DRM from iTunes music videos, you can visit this simple and quick source page: How to Remove DRM from iTunes Digital Files. After that, you can listen to Grammy 2018 music winners at anywhere.