What is Qobuz? Qobuz is a music streaming service founded in 2007. It offers you over 40 million tracks of high quality with a free trial or subscription service. It also provides the service of music downloads in CD quality. Some music enthusiasts may want to download songs on Qobuz for entertainment.

However, it needs you to pay for a subscription plan. To save your money and get lossless music from Qobuz, we will show you the best way to play Qobuz on macOS or Windows. 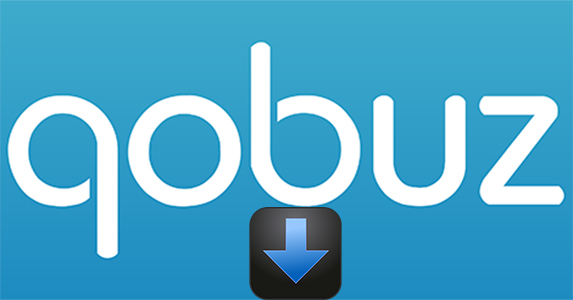 Part 1. What You Should Know More about Qobuz

Qobuz offers four music streaming services: Qobuz Premium ($99.99/year), Qobuz HiFi ($199.99/year), Qobuz Studio ($249.99/year), and Qobuz Sublime ($299.99/year). A conclusion can be drawn that they all cost you a great deal per month. Yet if you subscribe to the plan, you are allowed to download Qobuz music on your device for offline playback.

On the other hand, you can play music on Qobuz with a one-month free trial. Thus, you can enjoy your favorite albums or tracks during the days without subscription. When a month is gone, it's up to you whether you would upgrade your account to a premium one.

To access to Qobuz music on your phone or computer for offline listening, you are supposed to get Qobuz music downloads. How to download the playlist from Qobuz? We will recommend you the professional Qobuz downloader - DRmare Audio Capture.

With this tool, you can record and download music from Qobuz with a free charge. You can use it to capture and record Qobuz music for free. Moreover, you can download Qobuz songs as the files formed in M4A, MP3, AAC, M4B, WAC or FLAC. Most importantly, the recorded Qobuz tracks are kept losslessly with their ID3 tags preserved automatically.

So how to import music from Qobuz to your device for offline use? You can get a concrete guide as follows.

Download and install the DRmare Audio Capture on your computer. Open it. You will see the interface full of icons of software or web browsers. Please make sure that the Qobuz program is in it. If not, you should hit the '+' button to add it in.

Before you record Qobuz music, you need to set the output parameters. Tap at the 'format' button on the bottom right. Then you are able to define the output format. Besides, you can also personalize the channel, bit rate, sample rate and codec. At last, click the 'OK' icon to finish your settings. Drop your mouse on the top right. You will find a 'Preference' icon. Hit on it. You can reset the output holder.

Open Qobuz. Play the songs you plan to record and download. Then the DRmare Audio Capture will automatically capture the audio and download Qobuz music to your computer. When the songs stop playing, the recording will come to an end at the same time. In addition, you can reset the name of the songs in the window of the DRmare tool.

Note: The free trial of the DRmare software only offers you a one-minute recorded file of each Qobuz track. For a full recorded Qobuz track, you are suggested to buy the DRmare Audio Capture.

Touch on the audio track and you can see an 'Edit' icon. Click on it. You can trim the recorded Qobuz songs. Furthermore, you can also edit their ID3 tag s such as genre, artist, title, year and so on. Click the 'OK' > 'Save' button to save the files. Tap on the 'Converted' > 'Search' icon, you can locate the recorded Qobuz playlists. Finally, you can get the downloaded Qobuz playlists for offline listening with ease on your device anytime.

As you see from the above, the helpful tool - DRmare Audio Capture enables you to capture and download the Qobuz audio tracks no matter you are a free account holder or a subscriber of Qobuz. You can download songs whichever you like on Qobuz without payment. The lossless recorded Qobuz tracks can be uploaded to any media players as you want.