How to Sync Spotify to Dropbox? Solved!

Q: "I want to move Spotify playlist to Dropbox. Dropbox is a good storage tool with which I can backup my files on the network. So I'd like to add Spotify songs to it for saving and listening at my spare time. Any convenient way to do it?"

As a popular file hosting service provider, Dropbox also enables you to upload, play and share audios, videos, etc. on Windows, Mac, iOS and Android devices. No wonder you try to sync Spotify to Dropbox. Yet since Spotify is so different from other music apps in its format, you are supposed to get a tool to help you. What tool do you need? Go ahead! 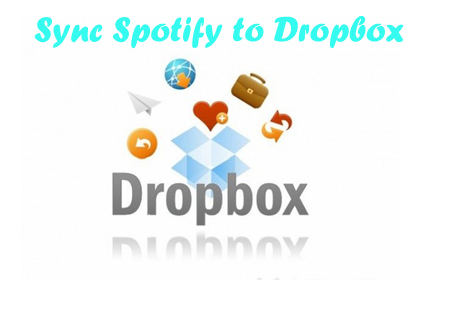 Part 1. Can I Use Dropbox to Stream Spotify

Spotify songs are in a format that is edited with its design. But Dropbox supports common audio files in the format of MP3, FLAC, etc. So Spotify music is not compatible with Dropbox. As a result, you can not export the music to Dropbox like other ordinary music files. Even if you hold a premium account, you are only allowed to download playlists and listen to them in the Spotify app as the files are not local files.

Now you are lucky to have the DRmare Spotify Music Converter. The DRmare software is powerful to convert Spotify music to MP3, FLAC, AAC, WAV, W4A and W4B files so that the songs are available to be played on Dropbox. Most importantly, the converted Spotify files are of no quality loss and keep their own ID3 tags. The DRmare Spotify to Dropbox Converter runs at 5X faster speed, so you don't need to worry about the time for conversion.

Part 2. How to Use Dropbox with Spotify

There are several steps for you to finish the conversion between Spotify and Dropbox. Make it clear in the following guide. With just a few clicks, you are able to download Spotify tracks and load them to Dropbox for your sharing or entertainment.

Before you convert Spotify songs, you should prepare and know something as below.

1. The Spotify app installed on your computer.

3. Tips: The DRmare Spotify Music Converter can offer you a whole converted Spotify file if you pay for it. If you use the free trial version, you can just gain a one-third track.

Here the operation starts for moving Spotify playlist to Dropbox.

The DRmare Spotify Music Converter runs well on both Win or Mac PC. So after you install the DRmare software, just open it. At the same time, the Spotify app will be launched automatically. Now select the songs on Spotify for your conversion. Then drag them to the window. In addition, you can copy the links and drop them on the search bar of the interface. Then hit the button "+" to import them to Dropbox.

Tap on the icon "Preference" on the top-right of the window, you can pick your favorite format for Spotify songs. Moreover, the channel, bit rate and sample rate are there for you to customize. To reset the output folder, you can click the "Converted" button on the bottom.

Press on the icon "Convert". The DRmare Spotify Music Downloader will extract music from Spotify in batch running in a fast speed. So you can get the transferred Spotify files in a few minutes. Then you can locate the converted Spotify files in the folder you set. You will find that the information of songs like title, genre, album cover, composer, group, etc are all preserved.

Now all the converted Spotify tracks are on your PC. There are a few steps for you to send Spotify songs to Dropbox. Keep going! You can finally connect Dropbox to Spotify and play Spotify music freely on Dropbox.

2. Click the "Upload files" option to browser the Spotify files on your computer. Select and add them to Dropbox. It takes some time to finish the uploading.

3. When the songs from Spotify are all loaded, you can play them on Dropbox anytime. For mobile devices, you need to install the Dropbox app and then access the music with your account.

4. If you want to listen to Spotify songs offline, please hit the icon on the right side of them and select "Available offline".