If you are a Pop music lover, I bet you have heard of the American Music Awards. It's an honor given out annually by Billboard, a publication and music popularity chart in the music business. Billboard gives chart rankings of records based on their sales (physical and digital), radio airplay, and online streaming activity.

Out of many charts given by Billboard, the Billboard Hot 100 Chart is the main and standard song chart published weekly. If you want to download Billboard Top 100 songs for offline listening, then just keep on reading to find out how to do download Billboard songs effectively with the best tool. 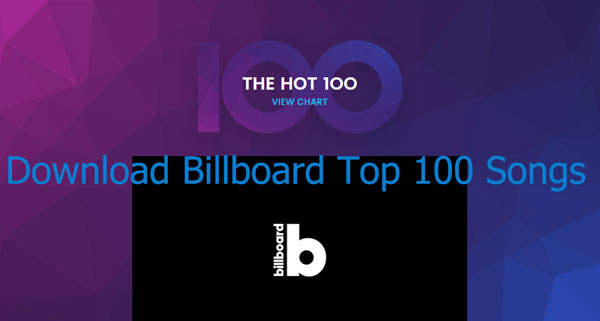 From the Billboard website, you will only be able to listen to the Billboard Hot 100 songs online. Billboard itself does not offer the option for users to download music. Therefore, we would love to recommend a tool for you to free download Billboard music so that you can listen to them without an Internet connection.

DRmare Audio Capture is a third-party helper with the advanced technology which enables you to download Billboard Top 100 songs to MP3 for free. It can firstly capture the Billboard music with losslessly and then convert them to common audio formats including MP3, FLAC, WAV, M4A, and M4B. While you can get the original Billboard music downloaded, you can also get all the ID3 tag info preserved in the music.

2. Keep or edit ID3 tag info. DRmare Audio Capture can automatically identify the ID3 Tag information of each Billboard song and embed the info into songs. You are also free to edit the ID3 tag including artists, albums, titles, art, etc.

3. Intelligent multitask capturer. DRmare Audio Capture can smartly detect all the audio playing from different web browsers at the same time and record them separately.

4. Built-in editor. If you want to use the downloaded Billboard songs for ringtone, alarm, or video background music, no problem! DRmare Audio Capture can work as a versatile music editor and help you cut, trim, merge your songs.

If you finish the installation of DRmare Audio Capture on your computer, you can follow the detailed guide below to download Billboard top 100 songs to MP3.

Launch DRmare Audio Capture from your desktop, and click to open Chrome from the main interface of the software. Or you can add other web browsers by clicking on the '+' button. Then go visit billboard.com.

From the bottom-right corner of the main interface, you can find 'Format'. If you want to play the downloaded Billboard music using other media players or on other devices, we suggest you set the output format as MP3, as this is the most common audio format. You can also customize your Billboard song by defining other parameters like sample rate, bit rate, etc.

Once you finish all the output settings, click 'OK' to return to the main interface, and start recording. Find the Billboard Hot 100 songs and start playing at the web browser, and the DRmare Audio Capture will detect immediately to start the recording simultaneously. You will see a real-time recording process going on in the software.

When you finish recording the Billboard hot 100 songs, you could press on 'Stop'. Now you get to trim tag each Billboard song or edit ID3 tag by clicking on 'Edit'. Then hit on 'Save', and you will be able to locate the downloaded Billboard music on your computer from the converted list.

Billboard song chart is a nice place when you feel like listening to the most popular and greatest hit at the moment or of all time. We have shown you an easy way to download Billboard Top 100 songs for offline listening via DRmare Audio Capture. There are still so many strong functions of this software such as recording Youtube music , waiting for you to explore. It also supports capturing music from other websites or streaming music platforms. With the help of it, you get to enjoy music any time and any place.