How to Watch Movies from iTunes on Xbox One/Xbox 360

"I had some iTunes movies and wanted to put them on my Xbox for watching. But when I did that, I failed. The videos couldn't play. Did I do something wrong? And is there any way to fix it? Thanks."

Xbox is not a game console, but also can play video contents from local devices or online. However, it doesn't support iTunes videos. But in this post, you will find the reason why you can't watch iTunes movies on Xbox. And we will walk you through the entire process on how to play movies from iTunes on Xbox One/Xbox 360 in a workable way. 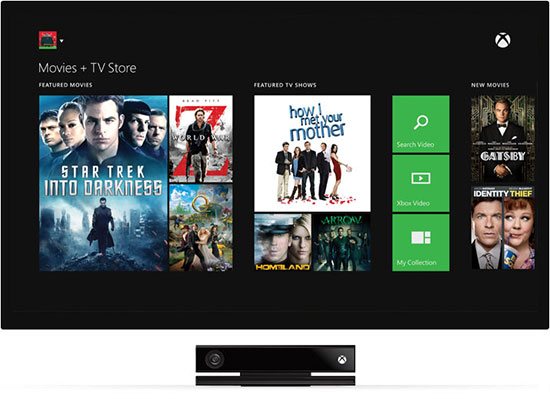 Part 1. Why Can't We Watch Movies from iTunes on Xbox One/Xbox 360

Xbox is a video gaming brand of Microsoft. It also represents the game console Xbox released in 2001. Until now, several Xbox generations have been created, like Xbox One, Xbox 360, Xbox Series, etc.

Xbox not only comes with plenty of stellar games. It also offers many ways to enjoy videos from local devices or online. For why iTunes Xbox One and other Xbox devices can't work together, you will find the answer here.

For iTunes movies, TV shows, etc., you should know that they are in encryption. With this protection, users only allow to watch iTunes videos on Apple-approved devices. That means you can't play movies from iTunes on Xbox One, Xbox 360 or other non-Apple devices.

To make iTunes movies on Xbox, the first thing is to remove the protection from iTunes movies. And then convert them to common video formats. Now, let's move on to the next part and see how to make it.

Part 2. How to Get iTunes for Xbox via DRmare M4V Converter

From above, we had known the reason why we can't watch iTunes movies on Xbox. In a result, you need to use a third-party tool to get rid of the protection from iTunes movies.

Here we would like to recommend DRmare iTunes Video Converter for you. It is a powerful software that can convert iTunes videos to plain video formats. You can select MP4, MOV, WMV or other Xbox compatible formats. And you can trim and add effects to iTunes movies.

After converting, you can get iTunes for Xbox devices. And then watch iTunes movies on Xbox and other devices as you like offline.

How to Convert iTunes for Xbox One/Xbox 360

Here we will take DRmare iTunes to Xbox Video Converter for Mac to illustrate how it works. Check the steps on converting iTunes movies and TV shows to Xbox compatible formats.

Click on the "Format" button at the bottom right. You can either choose a compatible format you want. Or select the output Xbox profile. Then click "OK" to save the setting.

You can press the 'Conversion' button from the lower right. DRmare iTunes to Xbox Converter will convert the videos for you automatically. To locate the converted iTunes video files, you could hit on the "Converted" icon.

Part 3. How to Watch Movies from iTunes on Xbox One/Xbox 360

In the end, you had get the converted iTunes videos. And you can start to stream Apple movies on Xbox devices. There are many ways to play local iTunes videos on Xbox. You can play via USB directly or stream the videos from a computer. Here is the detailed guide for you.

Step 1. Plug the USB drive to your computer.

Step 2. Locate and move the converted iTunes movies to the USB drive.

Step 3. Insert the USB drive into your Xbox host.

After then, you can watch iTunes on Xbox One, Xbox Series, etc. through the USB drive.

Step 2. Go to your computer, install and launch the Xbox Video app.

Step 4. Select a video from the Xbox Video app and choose 'Devices' as your Xbox One or other Xbox devices. Then click 'Play'.

Note: Please make sure the Xbox and your computer are connected to the same network. Else, you may fail to find the device.

Video Guide: How to Watch iTunes Movies on Xbox

Please refer to the complete video tutorial as below. In this video, you can learn how to use DRmare M4V Converter remove protection from iTunes movies. And then put iTunes on Xbox One/360 for playback.

In the end, let's take a glance at the popular four generations of Xbox models and find out the difference.