[Solved] How to Watch iTunes Movies on Windows Media Player

"I buy movies from iTunes routinely but I'd rather not use iTunes to play them as it takes up such a big memory to run and sometime it may freeze on my computer. So is it possible to play iTunes movies and TV series on Windows Media Player? Besides, I'd like to keep all my media files together.“ - Asked by Hailey Clark

Windows Media Player is the most common player, almost all kinds of Windows computers and mobile devices come with it. It is powerful with a lot of features including media playback, library management, multiple file formats supported, disc burning, media streaming and so on. Most people use it to play videos as well as audios on their daily basis in office or at home.

If you are also interested in playing media files such as iTunes movies on Windows Media Player, the following guide will show you how to easily convert iTunes DRM M4V videos to WMP for playback in seconds. 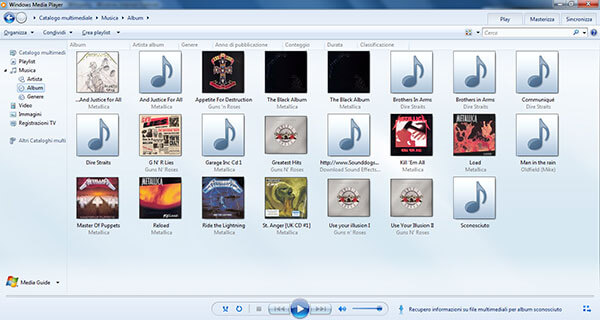 Furthermore, for other formats which are not on the support list of Windows Media Player, you can also install a third-party codec to enable it to support more media types. For instance, you can add more formats by using specific DirectShow filters or MediaFoundation codec. In brief, it can play any common files without any protection as long as you have the right codec installed.

The reason is that, though M4V is supported by WMP, the iTunes M4V is encoded with the Apple iTunes FairPlay DRM copy protection before they are sold in iTunes. Under this protection, the iTunes movie files can only be played on selected players and devices from Apple like Apple TV, iOS devices, iTunes player, etc. In order to play the protected iTunes videos on other players like Windows Media Player, you must remove the DRM restriction at the first place.

Thankfully nowadays you can crack DRM with little effort using a powerful iTunes DRM video converter called DRmare iTunes M4V to WMP Converter. It is developed with stunning features to remove DRM, convert iTunes M4V videos etc. You only need to load your downloaded iTunes videos to the converter and the DRM will be removed automatically once the process is done.

It seems very easy to convert iTunes movies and TV shows to WMP with DRmare, right? If you haven't use the software yet, you can download the free trial version to evaluate it yourself. Following is the step by step tutorial.

It is a piece of cake to import iTunes DRM M4V files, please just drag and drop the video files from iTunes library to the DRmare software screen. Sometimes if you fail to load the files, maybe the files are not downloaded completely. Please just make sure the iTunes purchased or rental videos are downloaded and authorized to play on the current computer before converting them.

Windows Media Player supports almost any formats, so you can select any formats you want theoretically to convert videos and remove DRM. But I'd suggest you to choose MP4(Lossless) since it can keep the original quality including the original subtitles, audio tracks. Based on your requirements, you might do some settings on the output video parameters such as the bit rate, frame rate too.

In the end, you can press the 'Conversion' button at the bottom right side of the software to convert your iTunes videos. Please don't open other programs on your computer to make sure it runs fastest and most smoothly. When it is done, you can locate the converted folder and the output DRM free videos. Then you can play them on Windows Media Player freely or you can transfer them to the devices you want for backup.

You are also suggested to follow the video guide as below to learn how to use DRmare M4V Converter to remove DRM from iTunes M4V and play the videos on Windows Media Player in details.