One biggest negative part of iTunes digital media contents is that they are combined with the iTunes FairPlay DRM protection which brings inconvenience for legal users to enjoy videos freely. There has been a lot of controversy about iTunes digital rights management for a long time.

To improve the customer experience, iTunes had decided to give up the DRM protection in the iTunes music in 2009.

However, the DRM in iTunes movies, TV shows, Extras still persists. Hence, many users are seeking ways to break DRM from iTunes videos and that is where a most professional iTunes video DRM removal software called DRmare M4V Converter comes into play.

If you are also looking for an iTunes DRM removal tool, you can follow me in this article, I will evaluate the software DRmare M4V Converter fully to help you find out if it meets your needs or not.

When I meet the DRmare M4V Video Converter for the first time, I was impressed with the clean, neat and beautiful interface. The main screen is well split into 3 parts, the top menu, the bottom menu and the working area in the middle. It is easy enough for everyone to handle without going through the tutorial. Besides, the color scheme looks so comfortable that we can't really complain.

The functions to customize the videos are different in DRmare M4V Converter Windows and Mac versions. The Windows version is special for converting to lossless videos, it only supports lossless MP4 and M4V output formats. The Mac version goes a much further step, it supports multiple output formats like HD MP4, M4V, AVI, MKV, MOV, MPG, TS, TRP, MP3 and many devices such as iPhone, iPad, Apple TV, Galaxy, Motorala Droid, Xbox, Playstation, Smart TV. With all the output formats, you can almost convert the videos to play on any devices. Except the format difference, other settings are same. You can customize the subtitles, audio tracks, output folder etc. on both DRmare M4V Converter for Win/Mac to make your new videos looks more personalized.

As the leading edge iTunes video converter, DRmare M4V Converter is developed with the latest video decryption algorithm which promises high performance. Generally speaking, it can run 20X faster which is the fastest converter you can find in the market nowadays. But please note the converting speed may vary on different computers with different systems, CPU, GPU, Memory and background running programs etc. For example, the Windows version is faster than the Mac version as the Windows computer doesn't have the complex encryption of FairPlay. Besides the fast converting speed, it can keep the lossless quality if you pick up the output format as MP4(Lossless) or M4V(Lossless). This means the original subtitle, closed caption and 5.1 AC3 audio track can be preserved.

DRmare supports both Mac and Windows system with latest iTunes. You can either use it on Windows XP, Vista, Win 7, Win 8, Windows 10 & the latest iTunes or Mac OS 10.12 Sierra, OS X 10.11 EI Capitan, 10.10 Yosemite, 10.9, 10.8. Since video converting is a CPU and memory consuming job, we'd recommend you to have at least 1GB processor and 512KB memory so that to take the best advantage of DRmare M4V Video Converter.

It is typically easy to use and the operating steps are almost the same in both Windows and Mac computers. I will take the Mac version to show you how does it work. In general, it takes only 4 steps to convert and get your videos. You just need to add the video files, customize the output settings, click 'Convert' button and go to the output folder to find the converted videos finally.

Part 2. DRmare M4V Video Converter: How Does It Work

DRmare supports all the iTunes purchased and rental videos including movies, TV shows, Extras. Please make sure the videos you desire to convert are already downloaded on the Computers completely first. Else DRmare may not recognize them well. Then you can click 'Add' botton at the bottom left to open the file selection window, you can select one or multiple files as you want. Another option to add files is by dragging & dropping the videos from iTunes library to the software screen. Here I will click 'Add Files' button directly.

In DRmare M4V Converter, you can do multiple settings such as you can choose the output format, subtitles, audio tracks, output folder and so on. We'd recommend you to choose lossless MP4/M4V if you want to have lossless videos. Or you can choose a specific device/player accordingly. Also, if you don't know which format works best for your devices, you can try the common formats such as HD MKV, MOV, MPEG etc. Let's pick the MP4(Lossless) to test.

DRmare M4V Converter supports batch conversion. After customizing the settings, you can click 'Convert' button at the bottom right to start to convert promptly. Generally it takes only several minutes to convert a less than 2 hours movie. But if you batch convert couples of videos, then it may take a long time, you can leave the software to run on your computer automatically. 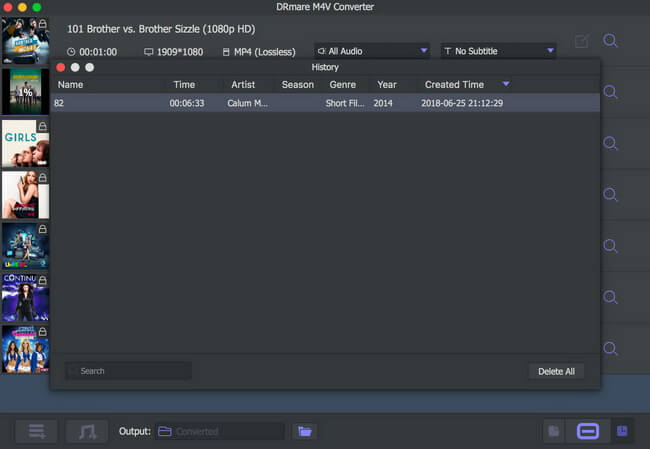 Finally, when the converting process is completed, you can click the output folder icon to find the unfettered videos. You can play them on any players you want. Since I choose MP4(Lossless), the output quality won't be reduced. Here you can check the converted video and original video, there is almost no difference you can find.
Original video 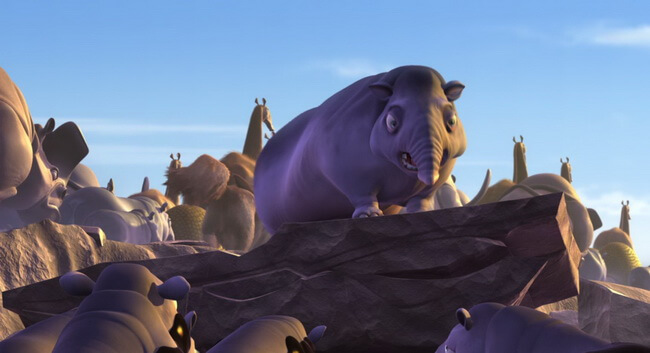 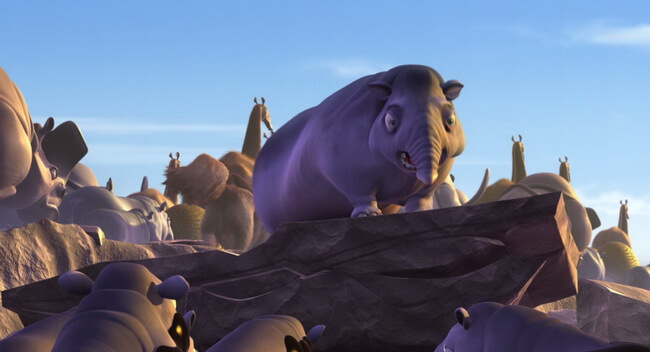 To conclude, DRmare M4V Video Converter integrates with the DRM removal feature for iTunes videos, which offers a convenient solution to unlock iTunes videos and play them on other devices. It has a lot of benefits such as fast converting speed, intuitive design, high performance compared to other similar products.

However, it is not perfect though. Currently it doesn't support to import audio file to convert and the Windows version doesn't support a lot of output format options. To convert iTunes videos to other formats of videos such as MKV, MPEG, 3GP, AVI, you should get the Mac version. Anyway, the bottom line is that it is a most reliable video DRM converting tool for iTunes videos and DRmare keeps releasing new versions and provides free update constantly. If you are only want to convert iTunes videos only, then we will highly recommend you to get it. Before that, you can download the free trial version to have a try too.

How to Losslessly Convert iTunes M4V Best M4V to MP4 Converter Freeware DRmare vs Requiem: Which is Better M4V Converter for Mac Supports iTunes 12.7 QuickTime Player and RealPlayer
Everything About Requiem DRM Removal Best Requiem Alternative to Remove DRM How to Transfer iTunes Movies to Android How to Cast iTunes Movies to Chromecast

DRmare M4V Converter for Mac/Windows
DRmare uses cookies to ensure you get the best experience on our website. Learn moreGot It!