How to Add Apple Music to PowerPoint? Solved!

Try to get an effective way to listen to Apple Music songs on a PowerPoint? You can get it in this post. Just follow us! 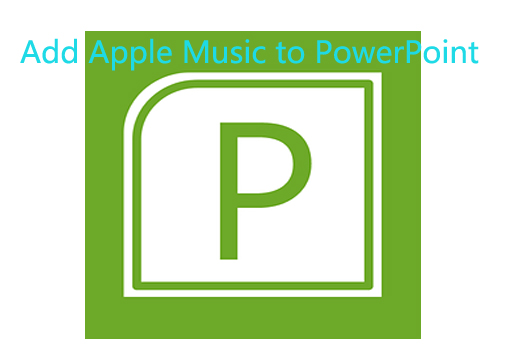 Moreover, the tracks converted by the DRmare Audio Converter are of no quality loss. All the ID3 tags including title, group, composer, year, genre, etc can be preserved during the conversion process. As a result, you can freely make different groups after the songs are converted. In addition, the DRmare software runs at 30X faster speed so you can gain the transferred files from Apple Music in a short time.

Can't wait to figure out how to convert the tracks from Apple Music? Make it clear in the following steps.

Note: You are permitted to have one-third of the converted file of each Apple Music track. To get a whole file, you are supposed to buy the DRmare Audio Converter.

Launch the DRmare Audio Converter after it is downloaded on your computer. The DRmare program is available for both Win and Mac system. You can see that the iTunes app will be opened simultaneously. Pick some songs for conversion and add them to the iTunes library. Move them to the conversion window directly. Or you can click the first button on the interface to load the songs from apple music.

Now you need to make your decision on the output setting. Hit the 'Preference' icon on the top right of the interface, you are allowed to archive the output tracks by Artist/Album or Artist. You can also make a new output folder by dropping the mouse on the 'Converted' button. What' more, tap on the right icon on the bottom, you can thereby choose the output format as you want. Besides, the DRmare Audio Converter allows you personalize the channel, bit rate, codec and sample rate.

With everything finished, you can now start to download the Apple Music tracks for PowerPoint. Just click the 'Convert' icon. The Apple Music files will be automatically converted. You can locate them in the output folder when the conversion is put to an end.

Step 4Use Music from Apple Music in PowerPoint

It's the last step to achieve your goal! Now open the Microsoft PowerPoint. You can finish the uploading of Apple Music songs with the guide below.

2. Select the converted Apple Music songs on your computer so you can successfully import a song from Apple Music into PowerPoint.

3. Click 'Playback' > 'Play in Background'. After that, the converted Apple Music tracks will truly become the background music of PowerPoint. You can set the time the song begins, make it loop or make other commands you like.