How to Play Apple Music on Snapchat

Apple Music users can upload tunes, albums or playlists to Snapchat for sharing to Instagram or other platforms. It's exciting to access the Apple Music songs shared by your friends. As a social communication platform, Snapchat also allows you to record Apple Music online. Then you can play Apple Music on Snapchat or use it as the background music of videos. Now let's learn about it from the following parts. 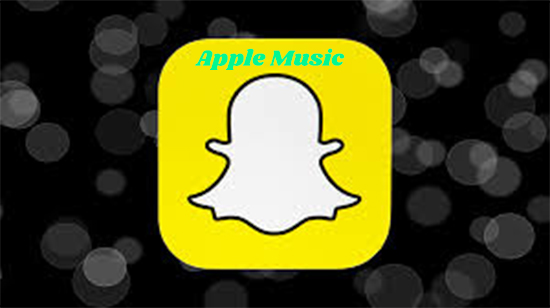 1. Launch the iTunes app on your phone and pick a song for Snapchat videos.

2. Play the song for Snapchat and pause it via the 'time bar'.

3. Open the Snapchat app and select the Control Center on iPhone or the 'Notification Center' on Android devices.

4. Hit the 'Play' icon to play the song on the iTunes app.

5. Click the 'Record' button to let Snapchat record the music. To stop the recording, you can just tap on the 'Record' option.

For free users of Apple Music, you have another way to send Apple Music songs to the Snapchat for editing or sharing. DRmare Audio Converter is well-designed for you to record Apple Music tracks and download them. So you can save the songs as local files in the format of MP3, WAV, FLAC, AAC, M4A and M4B. Then you can put the converted songs to Snapchat with ease.

Please do what we show you below to achieve your goal.

Download and install the DRmare Audio Converter on your computer. Launch the iTunes app. Choose the songs you want to convert. Then drag and drop them to the conversion window. Or you can add them to the window from the iTunes library directly.

Press on the "Preference" icon on the top of the interface, you can find six formats in the new window by clicking the "Convert" option. Then you can pick one of them as the output format for Snapchat. Moreover, The channel, bit rate and sample rate are there for you to reset for a better output quality of Apple Music files. Press on the "Converted" button on the bottom, you can choose your favorite output folder. Besides, you can set the conversion speed as 1X to make the process more stable and set the output tracks by Artist or Album.

Hit the "Convert" icon to let the conversion related with Apple Music and Snapchat begin. The songs' data like title, group, genre, year, album cover, etc. will be kept in the process. The converted Apple Music files can be located in the output folder you set. If you get the Apple Music downloads with the free version of the DRmare Audio Converter, you will get a one-third converted file. To get a whole file, you should buy the DRmare software.

It looks easy to listen to songs from Apple Music on Snapchat with the two methods above. You can share the Apple Music tracks with your friends or upload them to the Snapchat videos. It's believed that Snapchat will offer you a nice music experience with Apple Music songs.