When searching the Internet in terms of "Apple Music", you will find out one of the most common requests from Apple Music subscribers is the need to play their Apple Music tracks through browsers instead of using iTunes on computer. Surprised that Apple Music doesn't play via web yet? That's true though. As for now, Apple doesn't provide a web player for subscribers to listen to its streaming music service via web browser on PC or Mac. And it remains unknown whether there would be such an Apple Music web player in the future. But the good news is that you can still listen to Apple Music via web browser on your computer without iTunes by doing just a few tricks. 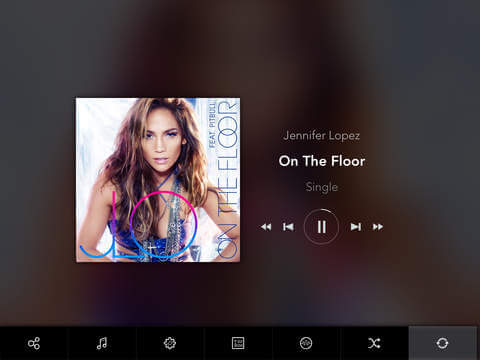 You might be confused why we cannot play Apple Music through web, just like what we do with other music services, such as Spotify, Google Play Music. In fact, that's because Apple Music tracks are encoded in M4P format with Apple FairPlay DRM protection. The majority of media players, including web browsers, Windows Media Player, VLC or QuickTime are unable to process the protected M4P format, except Apple's own app such as iTunes. Therefore, if users want to access their Apple Music on computer, they need to install the iTunes player together or install Apple Music app on supported mobile devices like iOS or Android.

As we already figured out what blocks Apple Music from playing through web, it's easy to suit our methods to the situation. Yes. The key point is to confirm whether it's possible to remove DRM from Apple Music M4P songs. Fortunately, if you search further, you'll find there are so many DRM removal tools for Apple Music around the Internet. Among them, one of the most effective solutions is DRmare Apple Music Converter. Thanks to its ability to strip DRM from Apple Music songs and convert M4P format to MP3 losslessly, you can freely listen to any Apple Music track with web players instead of annoying iTunes.

Step-by-Step: Remove DRM from Apple Music for Playback via Browsers

Now, we'll show you the complete user guide on how to get rid of DRM protection from Apple Music songs and playlists by using DRmare Apple Music Converter so that you can play the music via any web player as desired. 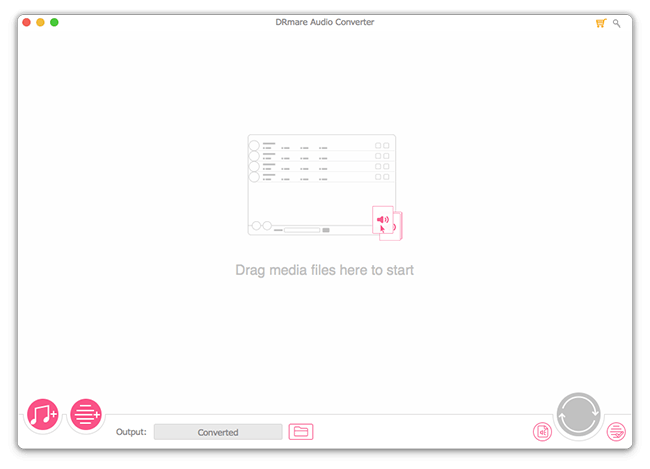 First of all, download and install DRmare Apple Music Converter on your Mac or PC. Then double click the icon to launch the program. After that, iTunes will be opened automatically too. Just wait for a moment for complete launch.
Note: Before moving any further, you need to confirm the Apple Music songs are already downloaded offline on your iTunes library. Otherwise, you should go to "For You" or "New" tab in iTunes, browse the store and select a song, album, or playlist and click the "..." icon. Simply add the specific song to "My Music" or "Playlist". Navigate to "My Music" tab and find the track, click the cloud icon with a downward arrow to save the song offline on your computer. You are also required to authorize the iTunes to play the Apple Music songs with your Apple ID before you can convert them with DRmare.

Next to the big Convert button, you'll find the one with format icon on it. Click that button and you'll be directed to the window where you can select the output format. Currently it supports 6 output audio formats, including MP3, M4A, AAC, FLAC, WAV, and M4B. If you want to make the converted audios playable on most media players, you are suggested to set the output format as MP3 or AAC. For lossless quality, you can choose FLAC. For each format, you are allowed to edit the audio quality by adjusting its codec, channel, bit rate, sample rate all according to your own needs.

Now tap the Convert button to let it start converting the DRM-protected Apple Music songs from M4P to MP3 or other plain formats. Once all the Apple Music tracks become DRM-free, you can play them via any web browser or player without iTunes on computer.