How to Download The Chainsmokers Songs and Albums from Spotify

When talking about the most played songs on Spotify, there are only 21 tracks in total that are with over 1 billions plays. It is difficult to have even 1 such song, but The Chainsmokers have become the third group to have 3 songs with over 1 billion plays on Spotify. This follows Ed Sheeran and Justin Bieber who are having 4 songs.

As an American DJ duo, The Chainsmokers consist of Alex Pall and Andrew Taggart. They keep delivering amazing EDM music. Since the debut of their 2014 song "Selfie", The Chainsmokers have received many important awards including one Grammy, two American Music Awards and so on.

Want to learn more about The Chainsmokers songs and albums as well as download them for free? Please just read on. 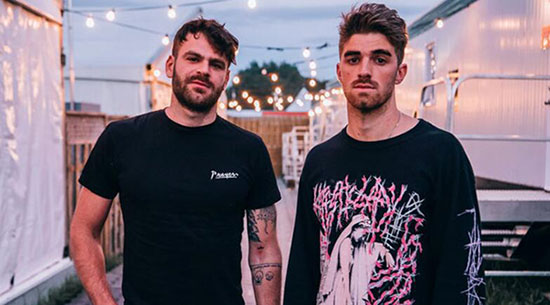 Part 1. The Most Streamed Songs on Spotify

The Chainsmokers have the single "Closer" at 3, "Don't Let Me Down" at 12, "Something Just Like This" at 21. ED Sheeran leads with the top single "Shape of You". Following is the top list songs with over 1 billion plays from Spotify music platform. 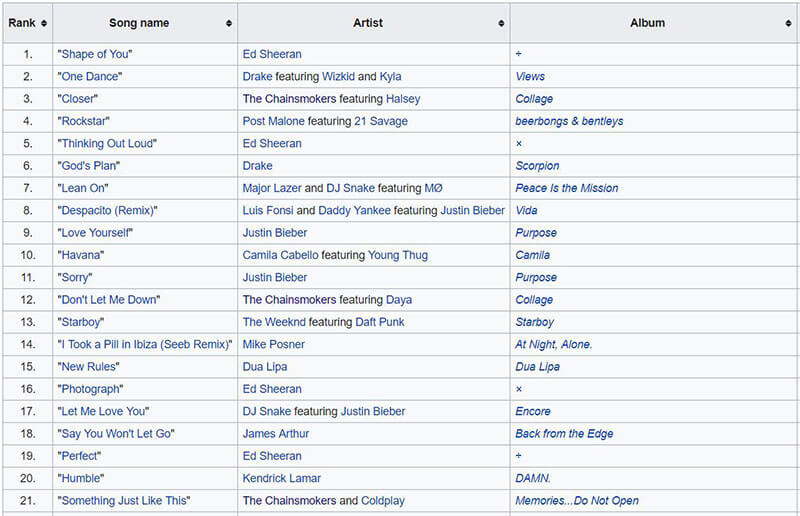 Part 2. Why The Chainsmokers Group Is So Successful

There are many factors lead to the success of The Chainsmokers. First up, their business promotions. For example. The Chainsmokers' sounding performances on the ultra Music Festival's 20th anniversary event have boosted streaming numbers. Also, they made amusing videos for every track in the duo's catalogue. What is most important is Alex Pall and Drew Taggart's musicianship. They are serious about music and instruments. They use the production and DJ techniques as a tool to enhance their musicality.

Part 3. Best Songs of The Chainsmokers

The Chainsmokers were reformed as EDM DJ duo in 2012 and they started out by making remixes of indie bands. After the years, they have released the EPs “Bogquet" and "Collage", albums "Memories...Do Not Open" and "Sick Boy. They are of great success with couples of great singles. Following are the top 5 best songs of The Chainsmokers you shouldn't miss.

Closer - It is one of the biggest hit that The Chainsmokers wrote it in almost no time at all. It always reminds me of someone that makes me smile.

Don't Let Me Down - This song features Daya. The vocals are deep and the beat is so fascinating. Just a perfect EDM banger.

Roses - It is the original Chainsmoker song. It is an excellent song that is still rarely to find today.

Something Just like This - It is a rowdy synth explosion with the cooperation of Coldplay. The best songs ever made with classy lyrics.

Paris - It was the duo's forth number one single on the hot 100 charts. The song is amazing and it makes me want to visit Paris.

Part 4. How to Download the Chainsmokers Music Offline from Spotify

There are ways to stream The Chainsmokers albums such as YouTube, Amazon Unlimited, SoundCloud, Deezer, Spotify and so on.

Among them, I would highly recommend Spotify. Because it is the largest streaming music platform in the world. Yet it offers free trier streaming service. This means you can listen to the Chainsmoerks songs for free.

But one thing you need to note is that the free tier service doesn't support offline playback. This is same with any other streaming sources. Fortunately, if you have the DRmare Spotify Music Downloader for Windows/Mac, it will be a breeze to save any Spotify songs for free.

You can launch the DRmare software and the Spotify app. Then please search the Chainsmokers and then drag & drop to import the songs, albums or playlists.

Step 2Do some customization

Generally, you can keep the default MP3 format, it supports to export high quality songs and the size is small. If you'd like to play The Chainsmokers music with Hifi speakers, you may set the output format as WAV or FLAC.

At last, you can click "Convert" to download all the songs of The Chainsmokers as MP3. Depending on the number of tracks you imported, the time is varied. But please just rest assured, with the 5X speed, it should not take long to get your songs. When it is done, you can enjoy the music anywhere.