How to Play Spotify in Foobar2000? Solved!

Foobar2000 is a free audio player for Microsoft Windows, iOS and Android. Apart from playback, its functions also include generating media libraries, converting media file encodings, and extracting CDs. We can learn that it is a powerful tool.

The input formats it supports are MP3, MP4, AAC, Ogg Vorbis, FLAC, ALAC, etc. As for the senior music fanatics, such diversified formats Foobar2000 supports they must drive excited. It means that they can stream different music from music service providers to Foobar2000.

Users of Spotify app may have tried to export Spotify music to Foobar2000, but they probably fail as Spotify songs are not compatible with Foobar2000. So how to play Spotify in Foobar2000? Let's get the answer in the following description. 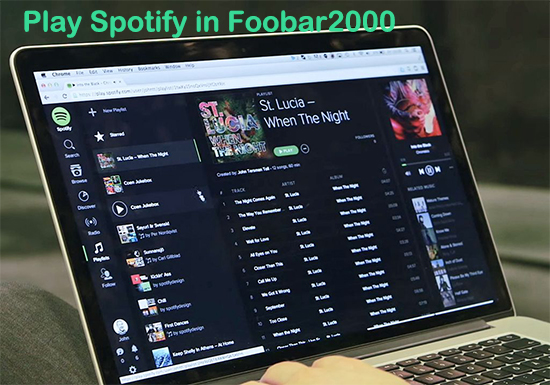 Part 1. The Reason Foobar2000 Fails to Work with Spotify

As I said above, it's available to input files of different formats to Foobar2000. But Spotify files are the exception. Spotify tracks are formed in Ogg Vorbis. The format is not the same one as Foobar2000 allows. Spotify's Ogg Vorbis is the format that results in that the files could only be played inside Spotify.

Therefore, there's no way for you to use Spotify in Foobar2000. Except that you could transfer Spotify's format to the ones that can be played in Foobar2000. In this case, you can easily connect Spotify to Foobar2000.

DRmare Spotify Music Converter contributes to converting Spotify tracks to MP3, AAC, FLAC and WAV so that you are allowed to get Spotify playlists played in Foobar2000. Due to its good design, the DRmare Spotify to Foobar2000 Converter will help you play converted lossless Spotify files on Foobar2000.

Furthermore, the DRmare tool also keeps the ID3 tags of Spotify tracks. As a result, you can easily identify them and make different groups among them in Foobar2000. Besides, you could get the converted Spotify tracks immediately because the DRmare software runs at 5X faster speed.

If you can not wait to link Spotify with Foobar2000, please do what we show you as follows. Here's a detailed tutorial for you.

Make the downloaded DRmare program installed on your computer. Both Win and Mac system are OK. Launch the DRmare Spotify Tracks Converter. You will find that the Spotify software would be opened simultaneously.

Here you need to log in to your Spotify account. Next, make your decision on which songs you would like to import to Foobar2000. Then copy their URL and paste to the search bar of the conversion window. Or you could just drag the songs to the interface. The Spotify tracks will thereby be represented in the window as you see.

To get the perfect converted Spotify playlists, you are supposed to define the settings for output files. Find the 'Preference' icon on the top right. Tap on it. Then you are able to set the output format as the one you want. To ensure the quality of the transferred Spotify files, you have the right to customize the channel, bit rate, and sample rate.

In addition, if you set the conversion speed as 1X faster speed, the conversion process would be more stable. The output tracks can be archived by Artist/Album or Artist. You can also personalize the output holder by hitting the search bar on the bottom of the interface.

Now you could start to convert Spotify tracks for Foobar2000. Just click the 'Convert' button. The Spotify files will then be converted in batch. You could get them in the history folder on your computer within a few minutes.

Tips: The free version of the DRmare Spotify Song Converter only enables you to get a 1-minute file of each converted track. If you plan to gain the full converted songs, you are suggested to buy the DRmare software.

With all the steps above finished, you will get the converted Spotify songs as local files, which are available for playing in Foobar2000. Now it's time to load them to Foobar2000.