"I can't find Spotify running mode on my mobile phone any more. Why is that? It is such a cool feature that it is the only reason I subscribe to the Spotify premium. "

Spotify running has disappeared for some time but many users still miss it so much. According to the Spotify official, they are retiring this feature in the interest of focusing into new ways of creating best experience for users. Though it is replaced, users still can connect Spotify running music with third party apps such as Nike+ Run Club and Runkeeper.

So what are the best alternatives? Now let's explore them together.

View also: How to Convert Spotify Playlists to MP3 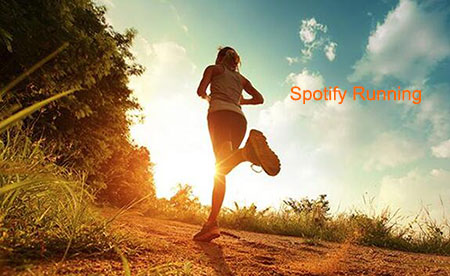 Part 1. What Is Spotify Running and Why It is Great

Spotify running is a special feature designed for users to listen to while jogging. By matching the music tempo to your running cadence, it will keep you motivated to run harder and further. It uses the phone's internal sensors to track and analysis your steps. And then pick out the proper workout music from its large library for you.

How to Use Spotify Running

1. To get started with running, you can pick a playlist and the app will detect your running stride in steps per minute by using the accelerometer and gyroscope .

2. Spotify will use the data to find tracks with the same tempo based on your listening history and preferences automatically. It supports the tempos between 140 and 190 steps per minute.

3. You can also change the tempo you want manually from the main screen. 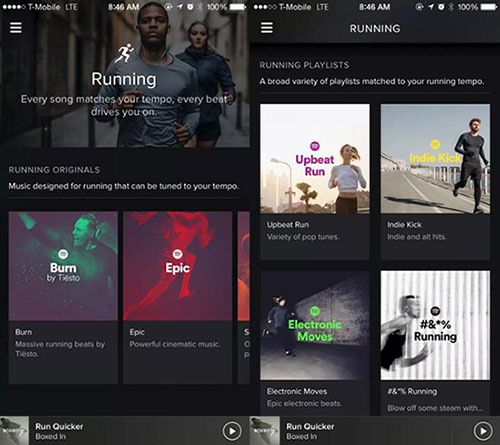 Running feature was available for both Spotify free and premium users on iOS or Andorid. However, user can't select any music freely. The music that are available are the running originals and the running playlists.

The former ones are written by the world's foremost DJs. They include the playlists Burn, Epic, Blissed Out, Lock the Flow, Seasons, and The Chase.

The latter ones are the playlists generated automatically from Spotify based on your listening history. Each playlist is focused on a genre pop, rock, country, rap and so on. They change as you run each time.

Why It is Great

With the advanced algorithm, the playlistes are customized for everyone that will meet individual taste perfectly. There is literally a playlist for everyone. Besides, Spotify tries to only play the high-energy parts of each song and then fades into another track without abrupt stop or transition. By the time you was sick of a song, Spotify was already moving to the next.

Unfortunately, such a great tool Spotify Running is gone. But don't worry, to continue to listen to Spotify songs when you are running, you can still use the third party apps Nike+ or Runkeeper and so on. Following are the top 5 alternatives.

DrawRun is simple iOS app runs on iPHone 4S or later. With it, you can connect to Spotify Premium account and play all genres of songs when you are running. It has in depth tracking features and easy to set up. The music it plays will perfectly match your speed and rhythm.

This is another best alternative to Spotify Running. It has the same feature to sync your footfalls to the rhythm of your own music and vice versa. This app has the ability to turn your excursion into one that is fluid and improve your performance. 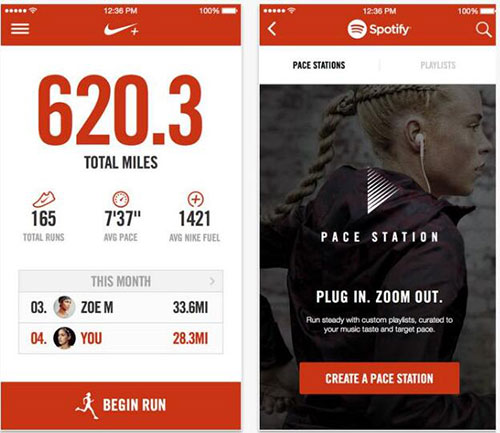 This is a free app which works on both iOS and Android. You can listen to songs through iTunes or Spotify within the app itself. It will automatically power songs according to the change of your tempo by using the phone's accelerometer sensor.

Runkeeper is a well crafted app to help you set goals, track workouts, stay motivated. And it enable you to listen to music. Just tap Music menu to connect Spotify account. Then you can click "Start Run", the music starts playing when your running tempo is detected.

This is another running app which allows to you enjoy your music and thrilling stories. It contains 200 episodes. Of course, if you prefer Spotify, you can go ahead to sync your Spotify playlists.

Apart from getting a new running app, another best alternative solution to enjoy music during workout is to download the Spotify running playlists for offline.

DRmare Spotify Music Converter for Mac/Windows adopts the latest music recording technology with acceleration. During recording, it doesn't require any extra encoding process, the audio is kept 100%. This is completely different from the free streaming audio recorders as they will combine system noise and the output quality is not satisfactory. Besides, the 5X batch converting speed will help you save your time significantly.

Now you can follow 3 steps to save the songs for offline listening.

Step 2. Import the Spotify songs. The easiest way is to drag and drop the items to the DRmare main screen directly.

Step 3. customize the output songs. To make sure the songs are compatible with your portable players, make sure you select a right format.

Step 4. Start converting. Click "Convert" button from the bottom right, all the Spotify songs for running you selected will be saved to your local folder.