You may have already hear a lot about Taylor Swift no matter if you are a fan of her or not. As one of the world's leading singer-songwriter, she began her singing career from Broadway shows and then turned to country and pop music. Taylor Swift have composed several albums with a lot of top songs which influences billions of people.

When the latest album Reputation was released in November 2017, Taylor Swift became the only artist in history with four consecutive albums that sold more than one million copies in the first week. Also, she is the first and only artist who won the the Grammy awards for both Best Country Album and Best Pop Album. 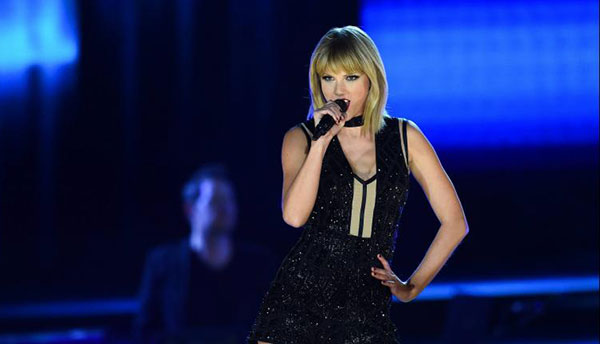 The reputation is the six studio album of Taylor Swift and probably the best one to date. Unlike other albums which are more or less country music related, this album contains full pop singles. Such as "Look What You Made Me Do", "Ready for it", "Gorgeous", "Call It What You Want". Of course, the previous albums are also fantastic, let's take a look at them one by one.

This is a self-titled album. It shows us a Nashville girl who wrote and sang songs about heartbreak, romantics, and everyday life of high school. Its beautiful and candid lyrics and melodies attracted lots of fans. This album was not only the first insight into her incredible music but also the one that we relate all other music to.

The best songs include "Code as You", "The Outside", "Tied Together with a Smile".

Swift wrote the entire songs on this album without the help of any co-writers. It still focus on country style, but it begin to expand into pop territory. Speak Now is rated as No.1 on the U.S. Billboard 200 chart on its debut. The first week sale exceeds 1.04 million copies, making it the second biggest debut for a female artist. The magical and fantasy theme of the whole album perfectly describes the feelings of love like no other.

As the third album in Swift's catalogue, it is the strongest one from her original country-inspired trilogy. While still largely acoustic, it expanded to some well-placed banjo and electric guitar. It won Album of the Year at the 2010 Grammys beating both Lady Gaga and Beyonce.

The song "Love Story" became a massive hit internationally. Other best songs are "Breathe", "Tell Me Why", "You're Not Sorry".

Red also debuted at No.1 on the US Billboard 200 chart. Swift said the color red covered emotions of intense frustration, jealousy, love and confusion. The album is simply amazing and lyrically genius, combining the simplest of memories and snippets. It is a masterpiece that everyone should listen to it in depth.

The highly recommended songs are "State of Grace", "The Last Time", "Begin Again".

It won the Grammy Award for Album of the Year again, making Swift the first female to won such a top price twice. Swift released seven singles with three of them hitting No.1 from this album and successfully propel Swift into the mainstream. 1989 is an example of what makes a good pop album. All the songs are really catchy and beautifully written.

Top tracks recommended are "Style", "This Love", "Out of the Woods".

For a long time, Taylor Swift is the exclusive artist on Apple Music. And the related albums and songs are removed from the other streaming services. Such as Spotify due to the reason that the other music sources offer the free tier services. Users to enjoy the songs without paying any money for the copyright fee.

Fortunately Taylor Swift have decided to return to the most popular services now. Like Spotify, Amazon Unlimited, Google Play Music. But one drawback we can't ignore is that the songs and albums from all the platforms are DRM protected. Only through the specific player to authorize the files can you listen to them. What if you want to download the Taylor Swift songs for offline listening?

No worries, though there is not an official way from Apple, but you can always use a third party tool. DRmare Apple Music Converter for Mac/Windowsis one of the brilliant software. It can crack DRM protection and convert Apple Music to MP3 files without losing the output quality. If you'd like to download Taylor Swift albums from Apple Music, you can totally depend on it. The best part of DRmare software is that it combines all the features. You don't need any extra plugins to get the job done.

Apple Music offers 3 months free trial for free. If you haven't tried it before, you can now subscribe to it. And then download the DRmare software to help you convert any playlists you want without paying for the subscription fee.

Before that, you are required to search and saved the Taylor Swift albums or playlists into your iTunes library first. Then you can drag and drop the playlists from iTunes to DRmare software. Or alternative you can click the "+“ button to browse the files from the computer folder or iTunes list.

Step 2Pick up an output format

Apple Music is encoded with 256Kbps, MP3 format is good enough to stream such songs with best quality. Just click the format icon from the bottom right. And then choose "MP3" and customize the related parameters such as codec, channel, sample rate, bit rate.

After you have done all the settings, please click "Convert" button from the bottom right to initialize the converting process. There is no limitation of the number of tracks. You may convert all the albums and tracks together. Please wait a while for it to complete successfully.

Part 3. Any Other Ways to Download Taylor Swift Songs

Undoubtedly, the best way to download Taylor Swift albums is through the iTunes. Because it is main streaming audio platform which offers millions of songs in high quality. Besides, the 3 months trial will save you a lot of money if you need to download the tracks for offline listening.

If you happens to subscribe to other platforms such as Spotify, you don't need to worry either. There is also another way to download Spotify songs with the DRmare Spotify Music Converter.

For the other services such Tidal, Amazon Music Unlimited, Google Play Music, it is impossible to download them directly. You have to record them by a free streaming audio recorder. The output video quality may be reduced though.