Q: Is it possible to watch iTunes movies and TV shows on LG phone? I once tested an LG G7 on an LG retail shop and had a really good impression of it. It has AI-powered camera, loud 'Boombox' speaker and bright 6.1-inch LCD display. And the latest LG G8 feels the same was officially announced on February 24, 2019.

So I am thinking about switching from iPhone to LG G7/G8. Before I do that, I want to make sure my purchased iTunes movies can still be played well on such an Android smart phone. And ideas how to do that?

When switching phones, digital media files are most important because you have invested much on them before. Sometimes it can be difficult to do that. For example, you will encounter some obstacles on dealing with digital media files, like iTunes movies and TV shows. Since there is no iTunes app for Android, you are not able to sync iTunes videos to the G7/G8. For your convenience, I will introduce an effective workaround to make iTunes videos playable on LG smart phones. 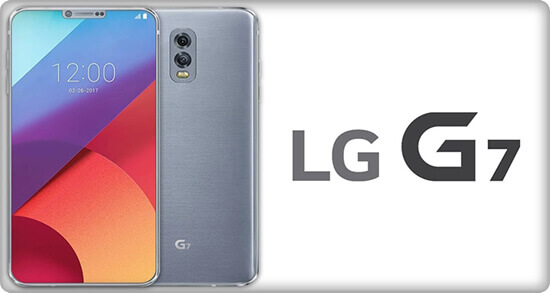 Part 1. Can We Watch iTunes Movies on LG G7/G8 ThinQ

Both LG G7/G8 are good for mobile phone addicts. The LG G7 was released on May 31, 2018 in UK, June 1 in the US and June 7 in Australia. Powered by the Snapdragon 845 chip and Android Oreo, LG G7 ThinQ comes with 6.1-inch QHD+ resolution and 3000mAh battery, the 4GB of RAM, and the 64GB of internal storage in its normal configuration. Though 1 year has past, it is still a powerful phone. The LG G8 has similar features but the price is much higher as it is newly released in 2019.

With these amazing and wonderful features, there is no doubt that the G7/G8 could be the No.1 choice to play videos for great watching experience. But just like other Android phones, LG G7/G8 can't support movies and TV shows purchased from iTunes store due to FairPlay DRM technology and different video formats. Even if you transfer iTunes purchases and rentals to the LG G7/G8 via USB cable, it can’t recognize imported iTunes movies and TV shows directly.

As a result, in order to make iTunes videos available for LG G8 ThinQ and other Android devices, you have to get rid of DRM lock from iTunes videos with the third-party iTunes DRM removal software, like DRmare M4V Converter for Mac/Windows.

It is one of the most professional iTunes DRM M4V converters that can remove DRM protection from both iTunes purchases and rentals with lossless quality preserved and convert DRM M4V to unprotected MP4 and other G8 compatible video formats at 30X faster speed.

Tutorial: How to Transfer iTunes Movies to G8 ThinQ

If you are not familiar with such software, you can refer to the following detailed tutorial to convert DRM-protected iTunes movies to DRM-free LG G7/G8 supported video files with using DRmare M4V Converter. And then you can freely play iTunes movies and TV shows on LG G8 ThinQ.

Please click the '+' button at the bottom-left corner of the main interface, iTunes library will show up automatically and you can choose favorite movies to import. Or you can drag and drop iTunes videos to DRmare conversion windows directly. One thing you should pay attention to is that please make sure iTunes videos are completely downloaded on your computer before adding.

Simply touch the 'Convert' button to launch the converting process and this smart M4V converter will automatically break DRM lock and convert iTunes M4V to G8 recognized audio files. Once the conversion finishes, you can locate DRM-free iTunes videos on destination folder and convert them to LG G8 via copying&pasting action.

Power and Storage: Powered by the newest Qualcomm chipset, the Snapdragon 855, and Android 9.0 Pie, it features with 6GB of RA, 128GB of internal storage and microSD card slot allowing you to expand storage as you like.

Camera and Battery: G8 has the dual-lens 12/16MP rear cameras, one for wide angle photos and the upgraded 8MP front-facing camera, which can make wonderful photos with one click. It deserves to mention that the AI camera is able to switch the modes based on the subject smartly. The LG G8 ThinQ has a 3500mAh capacity, which is smaller than LG V30's battery. But it has the QuickCharge 3.0 that can make you fully charge your phone fast.