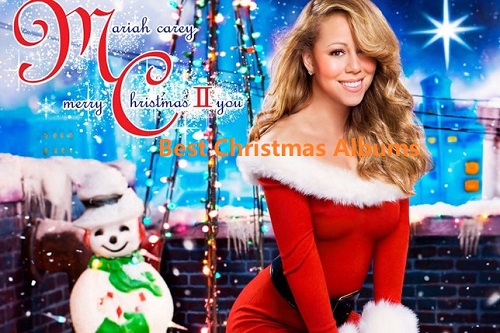 Top 1. The Essential NOW That's What I Call Christmas

This is one of the best Christmas albums you can find in the world today. It is a compilation of songs sung by different artists between 2007 and 1957. Released in 2008, the Essential NOW That's What I Call Christmas album contains 25 songs from some of your greatest artists such as the Jackson 5, Andy Williams and Elton John among others. It is the fourth in a series of the NOW That's What I Call Music that has sold over 70 million units. This makes the series one of the best selling Christmas albums of all times.

Top 4. These Are Special Times by Céline Dion

These are special times is one of the best selling Christmas albums over. It was released by Celine Dion in 1998 and is made up of both original songs and cover versions. Some of its best songs include "I'm your angle" featuring R. Kelly which went one to top the singles charts in the United States and "The Prayer" featuring Andrea Bocelli which won the Golden Globe. To date, the album has sold over 12 million units making it one of the top Christmas selling albums in the world.

This Christmas album was released in October 2011. It is made up of amazing Christmas songs both new and covers versions of old tunes from the past years. As a testimony to the quality of music on the album, it has topped charts in the United States, Canada, United Kingdom, and Australia. To date, the album has sold over 8 million units worldwide making it one of the best selling Christmas albums in the world.

Noël is one of the best Christmas albums in the world. The album was released by Josh Groban in 2007. The album contains 13 amazing Christmas songs such as "Silent Night", "I'll Be Home for Christmas", "The Christmas Song" and "Petit Papa Noël" among others. Upon its release, the album performed well on charts and sold over three million copies in 2007 in the United States. It has continued to do well and Nielsen SoundScan reports that the album has sold over 6 million units in the United States alone to date.

Christmas album was released by the American Group Manheim Steamroller in 1984. It contains eleven amazing Christmas tracks that you can sing along. At its release, it peaked at position 50 on the Billboard 200 chart becoming the first of the group's six albums to chart. It has enjoyed great success since then. It has sold over 6 million copies in the united states alone. These sales put among the top ten best selling Christmas albums of all times.

Wrapped in Red is one of the best Xmas albums of the last decade. The album was released in 2013. It contains sixteen songs, which are five new tracks, and eleven covers. The Christmas tracks on the album transcend several genres such as jazz, soul, pop, and country. The album has enjoyed commercial success selling over five million copies in the United States alone.

Top 9. Once Upon a Christmas by Kenny Rogers & Dolly Parton

This is one of the best top Christmas albums in the world. The album was released in 2016 with a mixture of both new tunes and remakes from the past. It has great songs and was well-received reaching the number one spot on the Billboard 200. It has done amazingly well commercially selling over 1.5 million units worldwide in the past two years alone. As one of the new Christmas albums, it is expected the album will perform even better in the coming years.

Have you found the best album to listen in this 2018 Christmas? If yes, you can buy the album from your local store or iTunes store. The difference is that if you buy a physical album instead of a digital album online, the price maybe much higher. So I'd personally recommend iTunes.

Finally, one thing you need to note is that all the music albums from iTunes are DRM protected. You can't play them on other third-party devices and players except the iTunes, QuickTime, iOS devices and so on. To solve this issue, you can also use an DRmare Apple Music Converter for Mac/Windows to help you remove the DRM and convert M4P to MP3. The trial version is totally free, you can try it out yourself.