The 2018 annual Cannes Film Festival has been hold from 8 to 19 May, 2018. Asghar Farhadi's psychological thriller Everybody Knows opened the festival and the official festival poster features Jean-Paul Belmondo and Anna Karina from Jean-Luc Godard's 1965 film Pierrot le Fou. There are 21 films compete in the Main Competition section. The Japanese film Shoplifeters directed by Hirokazu Kore-eda won the Golden Palm. Please read on to find out more details and the complete winner list. 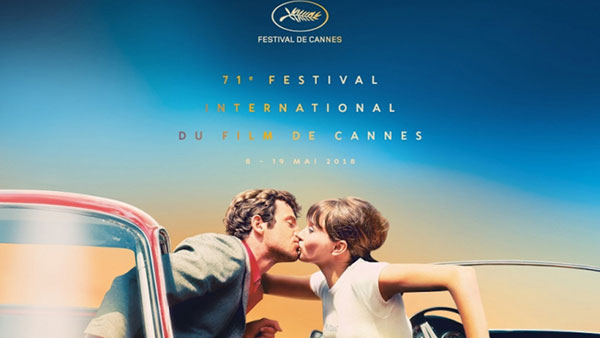 Part 1. What You Need to Know about 2018 Cannes Film Festival

If you are new to Cannes festival, there are some things you need to know the 2018 Cannes. Now follow me to learn them one by one.

The awards are selected by the jury board. They are composed of talented celebrities including actors, directors, screenwriters etc. all over the world. This year the president of the jury board is Cate Blanchett, who is the OSCAR Winner actress with great acting in films like "Babel" etc.

The highest award in the Cannes is the "Palme d'Or", also known as "the Golden Palm". It is the top honor every artist want to get once in a lifetime. Besides, there are other awards for best actress, best actor, best director, best screenplay, Short Film Palme d'Or.

Every year, many stars show up in the red carpet with unforgettable dressing. It is a fair for our favorite stars from all the world. You can see starts like Kate Winslet, Huge Jackman, Angelina Jolie and Asian beauty Sonam Kapoor.

At the end of this year's 71st Cannes Film Festival, all the awards are disclosed. Japanese Hirokazu Kore-Eda took the top honor with its family story Shoplifters and Won the Grand Prize with the BlacKkKlansman. You can check the full list below:

There are multiple great movies from the 2018 Cannes you can't miss such as “BlackKklansman”, “Burning”, “Climax”, “Cold War”, “Fugue” and much more. If you can't wait to see them, it is a good idea to stream them online via FilmStruck, Amazon or iTunes.

Compared to watching videos on cinema, buying and downloading movies online enables you to enjoy them repeatedly. The only caveat is that you can't distribute them elsewhere or share them to others since digital media contents are mostly DRM protected today.

But don't worry, if you buy movies from iTunes, there is a great way to break DRM protection with the DRmare iTunes Video Converter for Windows/Mac. It combines the DRM removal and video converting features which can convert the iTunes movies to common formats such as MP4, MOV, AVI, WMV, WebM, HEVC etc. within a few clicks. It supports both the Windows and Mac computers. The trial version is totally free. If you are interested in it, just click the "Download" button to try it out.