The Emmy Award is an award in the United States for the recognition of outstanding people and programs in television industry, which would be on a par with the Oscar Awards for the film industry, the Grammy Awards in the music industry, and the Tony Award for the theater.

September 17, 2017 – hosted by Stephen Colbert, the ceremony of 69th Annual Primetime Emmy Awards was held at the Microsoft Theater in Downtown Los Angeles, California, and this wonderful Emmy Awards aimed to honor the best in U.S. prime time television programming from June 1, 2016 until May 3, 2017.

With the ending of this feast, the winners were announced in this year's Emmy Awards, the Handmaid's Tale and Veep earned the titles for the most outstanding Drama Series and Comedy Series respectively.

Now, let's give a detailed winners list of the Emmy Awards in 2017 as below. 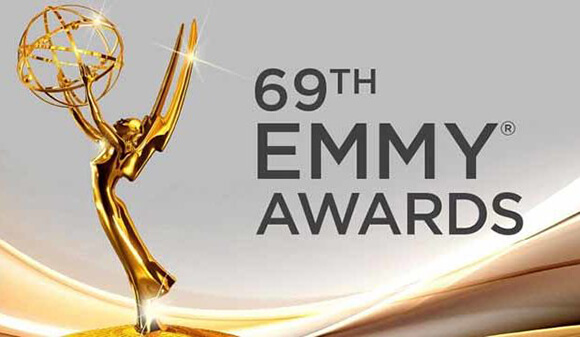 Created by Bruce Miller, the Handmaid's Tale is an American television series, which is based on the namesake novel written by Margaret Atwood. With the production starting from the late 2016, the first season of this show includes 10 episodes ordered by the popular streaming service, Huhu.

When this show came out to people's view, this series received extremely favorable review. Want to watch sequentially this outstanding Drama Series, the good news is that this show will renew the second season to premiere in 2018.

Lead Actor in a Drama Series – Sterling K. Brown, "This is US"

As an American actor, Sterling K. Brown is well-known as playing Christopher Darden in The People vs. O.J. Simpson: American Crime Story, he took home the Emmy for the Best Supporting Actor in this Movie/Limited Series at last year's awards for his this role.

For this time, Brown won the Emmy Award for Best Actor in a Drama Series for his performance as Randall Pearson on NBC's "This is US" that took America and THE TV Academy by storm. For his role as Randall Peason, he has been nominated for an Emmy Award, SAG Award, TCA Award and Teen Choice Award and won an NAACP Image Award.

Elisabeth Moss, best known for her roles as Zoey Bartlet on the NBC television series, The West Wing, as well as Pegga Olson on the AMC series, Mad Men, is an American film, stage, and television actor and produrer.

Premiered on HBO on April 22, 2012, Veep is an American political satire comedy TV series, which talks about the story of the former senator Selina Mayer who finds that being Vice President of the United States is nothing like she hoped and everything that everyone ever warned her about.

Created by Armando Lannucci, this series was high praised and appreciated by the audience and won several major awards. It won the writers Guild of America Award for Television: Comedy Series for its second and fourth seasons and the Televison Critics Association Award for Outstanding Achievement for the third season. Besides, it also won the Primetime Emmy Award for Outstanding Comedy Series for its fourth, fifth and sixth seasons with being nominated six years in a row for this award.

Born on September 25, 1983, Donald Glover is an American actor, director, writer, producer, rapper, singer, and songwriter. He performs as a stage artist as well as a disc jockey. When he was still a student at New York University, Glover began to pay attention to his work with Derek Comedy. Besides, at the age of 23, he became a writer for the NBC comedy series 30 Rock.

As an excellent American actress, comedian, and producer, Julia Louis-Drey is well-known for her work in television comedy, such as Saturday Night Live, Seinfeld, The New Adventures of Old Christine, as well as Veep.

Julia Louis-Dreyfus has won eleven Emmy Awards, eight Emmy Awards for acting and three for producing. What's more, for a role as the former senator Selina Mayer in Veep, she has won the Outstanding Lead Actress in Comedy Series.

For this part, we are making a collection of the complete winners list of the 2017 Primetime Emmy Awards for your reference.

Lead Actor in a Drama Series – Sterling K. Brown, "This is US"

Supporting Actor in a Drama Series – Joho Lithgow, "The Crown"

Supporting Actress in a Drama Series – Ann Down, "The Handmaid's Tale"

Writing for a Drama Series – Bruce Miller, "The Handmaid's Tale"

Directing for a Drama Series – Reed Morano, "The Handmaid's Tale"

Writing for a Comedy Series – Aziz Ansari and Lena Waithe, "Master of None"

Lead Actor in a Limited Series – Riz Ahmed, "The Night Of"

There is a direct way for you to get these Emmy 2017 winners TV episodes, you just need to launch your iTunes and get into the new windows by choosing the TV shows at the menu bar of iTunes. And then, you can drag your mouse to the "Emmy 2017 Winners". All winners are available for downloading and purchasing on iTunes. But one thing you should pay attention is that iTunes TV shows are locked by FairPlay DRM technology, which can be played on Apple-approved devices, such as iPhone, iPad, iPod Touch, and Apple TV. As a result, if you would like to sync your iTunes 2017 Emmy winners TV shows to non-Apple devices for playback, you will have to remove DRM protection from iTunes rentals and rentals.

Here, we'll meet the best iTunes DRM removal solution, namely DRmare M4V Converter. It can not only get rid of DRM restriction from Emmy winners TV shows purchased and rented from iTunes, but also convert these iTunes M4V to other common formats, like MP4, MOV, WMV, MKV, MPEG, AVI and etc. In addition, with built-in innovative DRM decryption, DRM M4V Converter can work at 30X faster speed with lossless quality. That is to say, all audio tracks and subtitles including closed caption and AC3 Dobly 5.1 surround audios can be 100% preserved.

In order to quickly learn how to convert iTunes TV shows to non-Apple devices, you can visit this complete guide: How to Remove DRM Protection form iTunes M4V Videos