The 75th Golden Globe Awards have just been held in Beverly Hills on Sunday to celebrate of the best of television and film.

Seth Meyers hosted the show, most actors and actresses wore black to protest sexual harassment. The movie Three Billboards Outside Ebbing, Missouri emerge as an Oscar frontrunner. Other films like Lady Bird, The Shape of Water also won big awards. As for the TV episodes, Big Little lies, The Handmaid's Tale, The Marvelous Mrs. Maisel all did very well. The most memorable moment came in an honorary award for Oprah Winfrey, who spoke out on the industry's issues such as sexual abuse.

To check the complete winning list, please continue to read on. 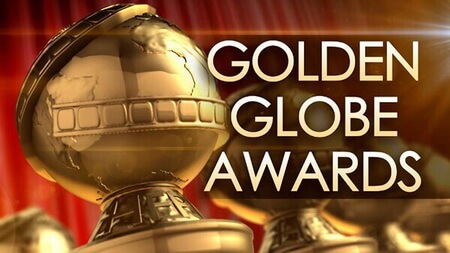 In short, the movie Three Billboards Outside Ebbing, Missouri won best motion picture, drama, best actress, best screenplay, best supporting actor, as the biggest winner of the night. But some expected nominees like The Post, Get Out, Dunkirk, Phantom Thread are not on the final list.

Best actor in a motion picture, musical or comedy - James Franco from The Disaster Artist

Best original song - 'This is me' from the Greatest Showman

On the TV side, HBO led all networks with four awards including best TV limited series, best actress in a series, best supporting actor and actress for Big Little Lies. The most popular thriller Game of Thrones failed to be selected. For more info, please check the following awards.

Best actress in a series, limited series or motion picture made for television - Nicole Kidman from Big Little Lies

Best actor in a television series, drama - Sterling K. Brown from This Is Us

Best actress in a television series, musical or comedy - Rachel Brosnahan from The Marvelous Mrs. Maisel

Best actor in a series, limited series or motion picture made for television - Ewan McGregor from Fargo

Best actress in a television series, drama - Elisabeth Moss from The Handmaid's Tale

Best actor in a television series, musical or comedy - Aziz Ansari from Master of None

Best supporting actor in a series, limited series or motion picture made for television - Alexander Skarsgård from Big Little Lies

Best supporting actress in a series, limited series or motion picture made for television - Laura Dern from Big Little Lies

Though the Golden Globe Award is end, chances are that you haven't managed to watch all the movies and TV shows. What is more, besides the winning list, there are still a lot of nominated movies and TV shows which we didn't list above. To stream these movies and episodes, you can buy them from YouTube, Google Play, iTunes, Amazon Video, Hulu, Netflix, HBO etc. to watch at home.

One thing really worth to mention is that videos from some sources are DRM protected. For example, if you buy movies and TV shows from iTunes, you maybe limited to enjoy them on computers or Apple devices under the DRM encryption. In order to transfer the videos to other devices to play freely or for backup, you are recommended to us a copyright remover software DRmare M4V Converter for Windows/Mac to help you get rid of DRM protection.

DRmare M4V converter is specially designed for getting rid of DRM protection from all iTunes movies, TV shows, extras. Though it doesn't have all the features to convert any other videos, it is fastest in the converting speed and has best output quality. After releasing, it has been loved by tons of users globally. Do you want to download it to have a try too? It is totally free.