How to Play Apple Music on Bluesound

"How to get Bluesound to work with Apple Music? Is there anyone that can help?" When you go to Bluesound official website, you can find that there are lots of topic about Bluesound and Apple Music in its community. As for playing Apple Music on Bluesound, the most recommended solution in Bluesound community is to use AirPlay.

However, apart from AirPlay, most users still prefer to listening to Apple Music tracks on Bluesound via the Apple Music app. But currently there is no integration of Apple Music and Bluesound. It seems that we have to wait for a long time of the cooperation between them.

While waiting, here we would like to introduce one more solution for you to play Apple Music on Bluesound. Please read on the following part and learn how to do that. 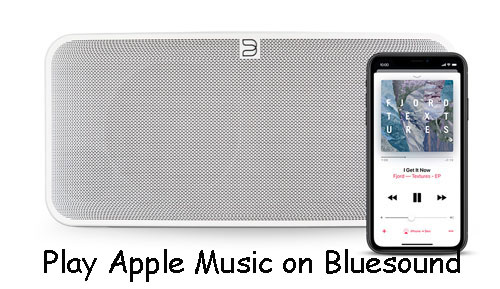 Part 1. How to Play Apple Music on Bluesound Offline

Bluesound supports to import and play local music files via the USB drive. So here the method we are going to show you is to get Apple Music as local audios and then add them to Bluesound for playing offline by the USB drive.

This tool can convert Apple Music to MP3, AAC, M4A and more plain formats as local files to your computer. And it can batch convert tracks from Apple Music at a faster speed without touching original quality. You could define the codec, bit rate, sample rate and channel for Apple Music audios for better listening on Bluesound as you like.

With such powerful features, you may be eager to use the DRmare Apple Music. Please don't worry. To use it, you need to download and install the DRmare program on your computer first. Besides, you need to make sure that the Apple Music tracks you want to convert had been downloaded to iTunes library. After then, you could follow the tutorial below to start. 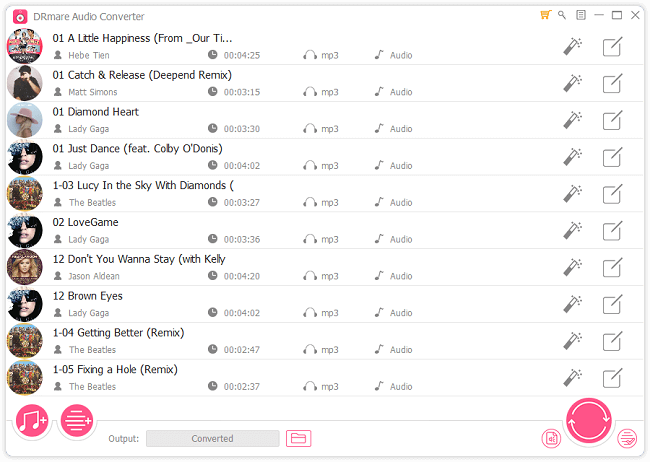 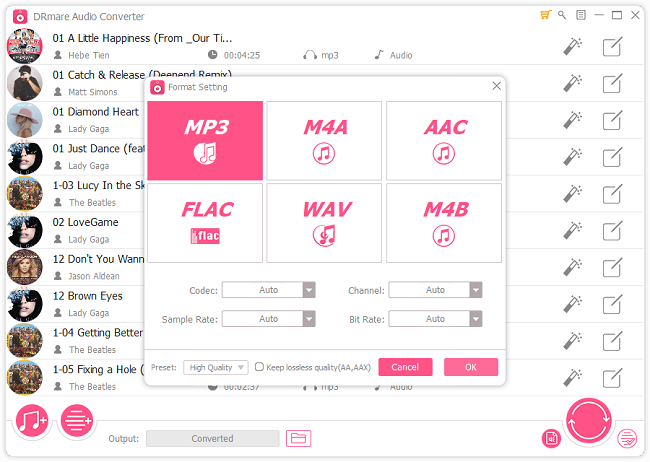 Please touch on the 'audio' icon at the bottom right to open the setting mode on the Windows version. If you are on Mac computer, please find and press on the 'DRmare Audio Converter' on the top left of your Mac system to launch the setting page. Then you can customize the output audio parameters, such as audio format, sample rate, codec, bit rate, channel, etc. 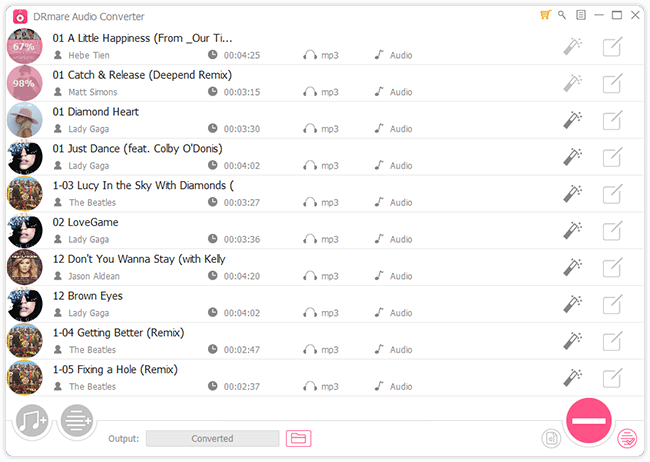 Now hit on the 'Convert' button to begin converting Apple Music. Once finished, you could click on the 'Converted' button at the bottom right corner to check the files.

If you are new to Bluesound and don't know how to use AirPlay to play Apple Music tracks on Bluesound. In this part, we will show you how to do that.

How to Use AirPlay on Bluesound

Step 1. Swipe from the top right or the bottom of your iOS devices like iPhone, iPad, etc. to launch the Control Center.

Step 2. Press and hold the audio card at the top-right corner and then touch on the AirPlay icon to browse all AirPlay Speakers.

How to Use AirPlay to Stream Apple Music on Bluesound

Step 2. Select the track you want to play.