How to Play Apple Music on Raspberry Pi

Raspberry Pi is a low price single-board computer. It was originally developed to promote teaching of computer science. Raspberry Pi can do a lot of other astounding tasks. For instance, you can create a network media server to stream all your movies, episodes, videos on your TV. If you install the Pi MusicBox, you can also stream Spotify, Last.fm, Google Play Music, SoundCloud, YouTube and so on.

But what about Apple Music? This service is not in Raspberry Pi. No worries, you can still stream Apple Music via AirPlay or by removing DRM. 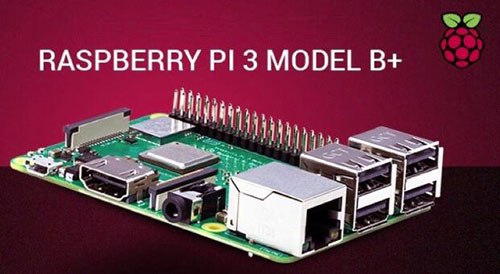 Part 1. How to Listen to Apple Music by AirPlay on Raspberry Pi

Nothing is better than lying down on the sofa to the enjoy music from your stereo speaker via AirPlay. In order to use the AirPlay, you need to do a few settings.

1. Raspberry Pi 2 or 3. If you haven't got one, you can buy one from the official website.

4. A USB mouse and keyboard.

7. An iOS device or computer.

How to Set Up AirPlay

And then you can install the Raspberry Pi Software called Raspbian and set up the AirPlay.

Step 1. Download and unzip the the Raspbian package into the blank SD card on your computer.

Step 2. Connect all the accessories and devices to your Pi. For example, you can insert the SD card into your PI, connect an external display via HDMI cable and stereo via the audio cable and other tools.

Step 3. Power on your PI, you will see it boot from the SD card.

Step 4. Please select the menu "OpenELEC" and then click "Install". It takes a few minutes to complete the installation.

Step 5. When it is done, please go to "System" > "Settings" > "Services" > "AirPlay" to enable the option "Allow Kodi to receive AirPlay content".

Step 6. Finally, the Kodi player will show up on your Apple devices as an AirPlay compatible device, you can play Apple Music from your Mac devices and stream it to Pi via AirPlay. 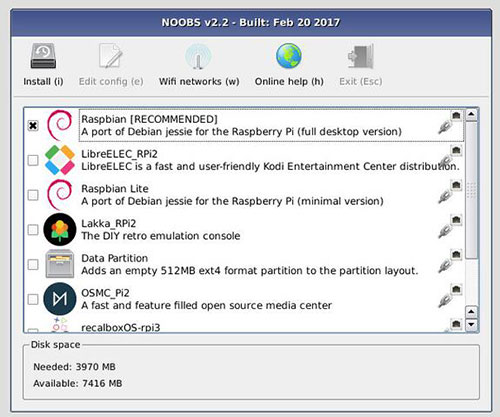 Though it takes some steps to set up the AirPlay, it is a really awesome way if you have an iOS device or Mac computer to stream Apple Music files. And it is highly recommended for programmers.

It is not difficult to set up AirPlay on Raspberry Pi for programmers. However, if you are a green user, you may still find it complicated. If you want to avoid the annoyance, you can also transfer Apple Music songs to Raspberry Pi directly.

Before you do that, you need to remove the FairPlay DRM encryption from Apple Music. DRmare Apple Music Converter for Windows/Mac is a tool developed for enjoying music files in an easier way. It lets you to turn the encrypted M4P format to MP3 so that the files won't be limited on Apple's ecosystem.

To play Apple Music on Raspberry Pi directly is much more easier. You don't need to have an extra device such as iPhone, iPad and iPod Touch. Now please follow me to install the DRmare Apple Music Converter and follow the steps to convert your M4P songs.

DRmare software is designed to convert DRM songs which are authorized to play well on iTunes. Please make sure you have downloaded the songs to the local computer first. Then you can drag & drop the songs or click "Add Files" to import the songs.

As long as there is no DRM protection, all formats of your music files should be supported by Raspberry Pi. Please just click the output format icon and then click the format MP3, M4A, AAC, FLAC, WAV, M4B you want.

Finally you can select an output folder and press "Convert". Within one click, all the songs you imported will start to be converted to common music format you have selected. When it is done, you can copy the songs to an USB flash drive and insert it into Raspberry PI. And you can play the converted Apple Music on Raspberry music player easily now.

By converting Apple Music M4P to MP3, it will make it easiest to enjoy Apple Music on any devices including Raspberry Pi. If you are a music lover, you should definitely get this fantastic DRmare Apple Music Converter.