"I borrowed this book for free from the library for its stunning cover. After starting reading, I can't put it down. I am totally attracted by its smooth narrative pace, moving story, quality writing and imaginative depth."

"Song of Achilles is the only audiobook that I have finished listening without distraction. It is a fantastic retelling of the love story between Achilles and Patroclus. A great supplement to the Homeric epics."

There are pages of positive comments for Madeline Miller's debut novel "The Song of Achilles". It is a dark horse to win the Orange prize for Fiction in 2012. If you enjoy the Greek methology books like Trojian War, Iliad, you will like this new historical love fiction too. 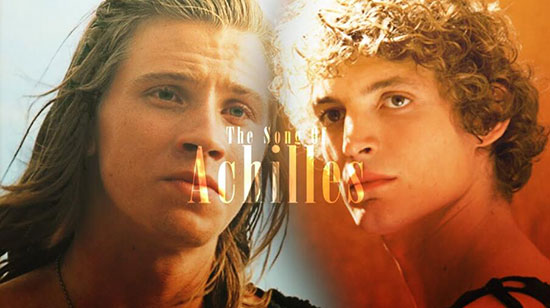 Part 1. The Song of Achilles Review

This book is also made into an audiobook version narrated by Frazer Douglas. It lasts for 11 hours and 15 mins. You don't need to be familiar with the Homer's "The Iliad" to start listening. The story is so easy to understand.

The Song of Achilles takes Patroclus as the first person perspective, telling the romantic love story of the mortal prince Patroclus and the hero Achilles.

In the Greece of the age of heroes, Patroclus, a young prince, has been exiled to the kingdom of Phthia for accidentally killing another boy. From there, he become companions with Achilles who is the child of the goddness. Their bonds deepens as they grow up. Achilles's mother, Thetis, feel angry of their relationship.

When the Troy War starts, Achilles joined the cause. For the love and fear of his friend, Patroclus follows. During the war, Achilles refused to fight due to the insults of the king. Patro dressed up as Achilles to fight for him and die later. Seeing his lover died, Achilles furiously defeated the enemy and humiliate the enemy's body. And then kill himself to be together with Achilles. 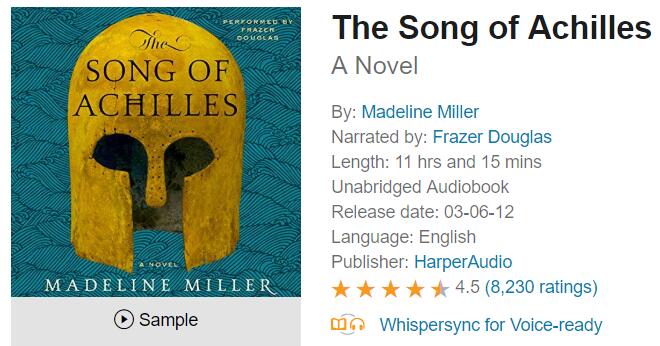 Top 10 Characters from The Song of Achilles

Achilles - Son of the king Peleus and the sea-nymph Thetis.

Patroclus - The son of king Menoitius. He was exiled from his home.

Hector - The crown prince of Troy.

Andromache - The loyal wife of Hector.

Aeneas -Son of the goddness Aphrodite and the mortal Anchises.

Agamemnon - The ruler of Mycenae, the largest kingdom in Greece.

Ajax - The king of Salamis.

Calchas - A priest of the Greeks.

Helen - The most beautiful women in the world.

"And perhaps it is the greater grief, after all, to be left on earth when another is gone."

"We were like gods at the dawning of the world & our joy was so bright we could see nothing else but the other."

"There are no bargains between lion and men. I will kill you and eat you raw."

"Name one hero who was happy."

"I will never leave him. It will be this, always, for as long as he will let me."

"I am made of memories."

Part 2. How to Download the Audiobook of Madeline Miller

Although there are trailers from YouTube, there is no sources for offering The Song of Achilles movie yet. But don't worry, you can either read an eBook or listen to an audiobook. Personally I'd prefer the latter option.

To borrow, buy or download The Song of Achilles audiobook, you can take a look at the platforms Kobo, Overdrive, Audiobooks.com, Downpour, Audible, Scrid, Google Play, iTunes and so on. Just check the websites to get it at the lowest price or for free.

Convert The Song of Achilles

If you are a regular listener of audiobooks, I'd highly recommend you to get the book from iTunes or Audible. From the top 2 largest audiobook providers, you can enjoy the best listening experience for its good compatibility and friendliness.

Besides, nowadays almost any audiobooks are limited with DRM protection. If you have the files from iTunes or Audible, you don't need to worry because you can always use the third party tool such as DRmare Audio File Converter for Windows/Mac to remove DRM and convert audiobook to plain audio files for listening. The trial version is is totally free, you can download it to evaluate it by yourself.

Step 1. After downloading and installing, you can double click the desktop icon to launch DRmare software.

Step 2. Drag & drop to import your Audible or iTunes audiobook The Songs of Achilles to DRmare main screen.

Step 3. Change the parameters for the new output files, you can keep the default settings if you don't have any special needs.

Step 4. Click “Convert" button to start converting. If you are using a trial version, it will be limited to convert 1/3 of your audiobook for free. To get full features, you need to by a license.