How to Add Spotify to Google Maps? Solved!

While you are using Google Map for your tour navigation, you might want to listen to some music in the car. Many people have Spotify installed on their phones for music playing. During the driving trip, you can open the Google Maps to enjoy Spotify music. But is there any other way for you to add Spotify to Google Maps? We will show you this in the following parts. Here we go. 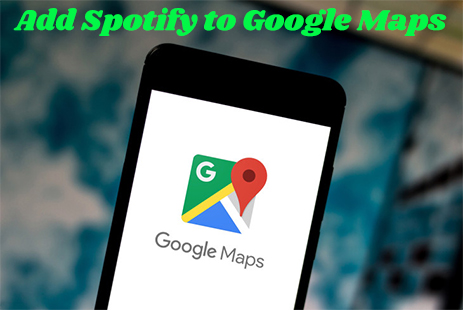 Part 1. How to Connect Spotify to Google Maps

Spotify music is of great quality and popular among its users. It can be controlled inside the Google Map. Let's see how to get Spotify to work on Google Maps.

Make sure that you are using the latest version of Google Map. You can check for updates via Google Play Store on Android or via the App Store on iOS devices.

For users of iPhones or iPads, please choose "Music playback controls". For Android users, choose "Show media playback controls". Once you tog on the option, you will be asked to set which services as the default one. So you need to install and update the Spotify app on your phone firstly for Spotify songs' playing.

On the new window, please select Spotify as the default app and accept the terms to link Google Maps and Spotify. Then you can open Spotify to listen to the songs directly on Google Maps. You are able to play, replay, skip or pause the songs as you want. To change the track that's playing, you can click the "Browse" button to select the songs, playlists or albums of Spotify on Google Maps. 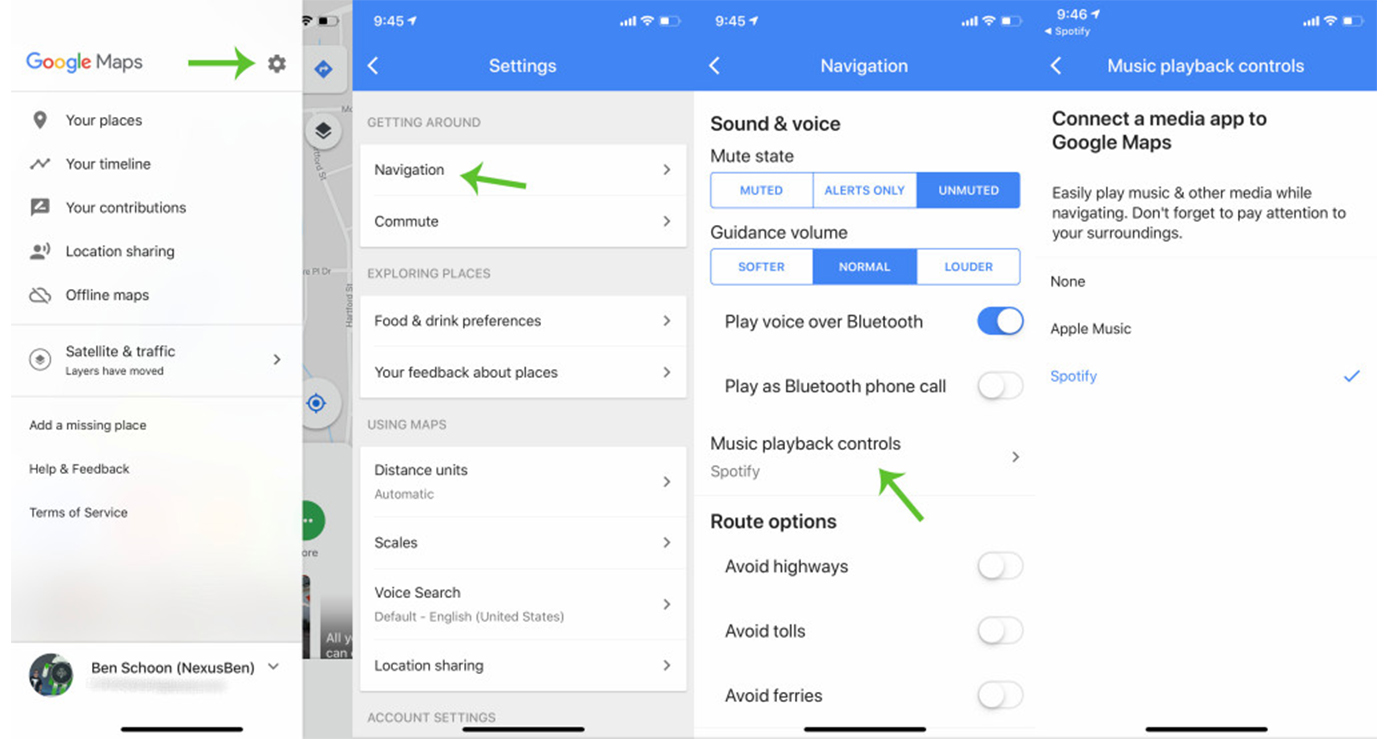 More Tips: Best Way to Play Spotify on Your Phone

Apart from playing Spotify in Google Maps, there is a perfect method for you to access Spotify tracks on your mobile phone. In this way, you can freely enjoy Spotify music when you want to have a rest or music entertainment.

As we know, Spotify music can be downloaded on phones if you subscribe to the service. But you need to pay for it at $9.99/month. To save money, you can choose the DRmare Spotify Music Converter to store the songs on your devices. The DRmare software for personal use is powerful enough to convert Spotify tracks to MP3, FLAC, WAV, AAC, W4A and W4B audio files. After you do it, the Spotify playlists can be played without a network connection.

All the Spotify songs are converted at 5X faster speed without quality loss. Moreover, the data including title, genre, year, composer, group, etc. will be preserved for you. You will finally keep Spotify music forever on your players.

Here is a detailed guide for you to extract music from Spotify. Then you can upload them to your favorite devices for playback offline.

After you install the DRmare Spotify Music Converter on your computer. Open it. The Spotify app will be launched simultaneously. Select the songs from Spotify and drag them to the conversion window. Or you can copy the links and paste them to the search bar. Then hit the "+" icon to upload them.

Press on "Preference" button on the top. Pick the format you prefer. The DRmare software also inspires you to customize the channel, bit rate and sample rate. What's more, you can reset the folder for the output files via the icon "Converted" on the bottom.

Click the "Convert" icon to download Spotify tracks. The converted Spotify files can be located in the output folder. If you use a free version of the DRmare Spotify Music Downloader, you will gain one-third of the transferred file. For a whole file, you should buy the DRmare tool.