How to Play Apple Music on Nintendo Switch

Do you like to play games? It is known that Nintendo Switch is a popular game device for users. With the various games in it, Nintendo Switch is a good choice for you to spend time with. In May 4th, 2020, Nintendo announced more SNES and NES games for Switch. It is believed that you will get excited as you are given more types of games.

Listening to some music while you are gaming sounds great. Here we will show you how to play Apple Music on Nintendo Switch. It helps you play songs from Apple Music freely while playing games. Let's start now. 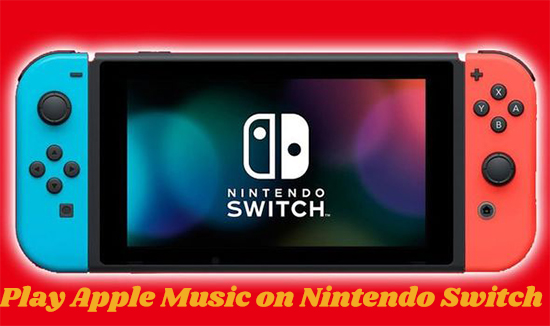 Part 1. Play Apple Music on Nintendo Switch - What Is Needed

DRmare Audio Converter is powerful to convert Apple Music songs to files of MP3, AAC, M4A, FLAC, M4B and WAV. Therefore, you can use the DRmare tool to save the Apple Music playlist on your computer and then transfer them to Nintendo Switch. What's more, you can get lossless Apple Music tracks with the software. ID3 tags of the songs will be preserved. You can thereby identify what you convert and make different groups among them.

How to use the DRmare Audio Converter to get the Apple Music songs? Here we make a detailed tutorial for you. Just do as it shows for playback on Nintendo Switch.

Note: You are allowed to have one-third of the converted file of each Apple Music track for a free trial. To win a whole file, you are required to purchase the DRmare Apple Music to Nintendo Switch Converter.

After you donwload and install the DRmare Audio Converter on your computer, click the "Add files" button on the left. Choose the songs on the iTunes library and add them to the DRmare window. Or you can directly drag and drop them to the window. You can convert the Apple Music songs in batch.

Tap on the first button on the right of the bottom. You can then select the output format. In addition, you are inspired to reset the codec, channel, sample rate and bit rate as you like. If you intend to change the default output folder, you can hit the "Converted" button to make your own choice.

After you finish all of the settings, please press on the big pink "Convert" icon. The DRmare Audio Converter will convert the Apple Music playlists for you at once. The title, album cover, group, year and other data of the songs will be saved in the process. You can find the converted Apple Music songs in the output folder.

When you gain all you want, it's time to move them to your Apple Nintendo Switch. An effective method is here for you. Follow the tips to finish it.

1. Plug a MicroSD card into the card reader of your computer. Go to "This PC / My Computer / Computer".

2. Find the SD card among the list of devices. Copy the converted Apple Music songs to the SD card.

3. Insert the MicroSD card into the card reader of Switch. Hit the "Nintendo 3DS Sound" icon on the HOME menu.

4. Click the "Open" option and search for the Apple Music files on the card. Choose "Play" to play Apple music on Nintendo Switch.