How to Convert iTunes DRM M4V to 3GP with Ease

However, don't forget this very popular format, 3GP that is compatible with both 3G mobile as well as some 2G and 4G phones. If you are an iTunes addict, and would like to watch iTunes movies and TV on your non-Apple devices or share your iTunes videos with your friends via phones, the best solution to do these things is to convert iTunes M4V to 3GP. By the way, with a resolution of 176*144 or 320*240, 3GP files can reduce your phone's memory and liberate more available space.

If you have no idea about how to convert iTunes DRM M4V videos to 3GP files, please read on this article, you can discover the best way to transfer iTunes M4V to 3GP easily.

View also: How to Convert M4V to MP4 for Free 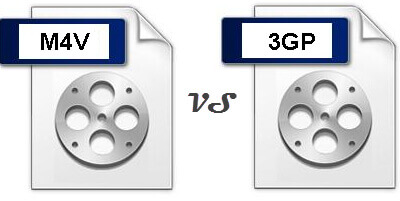 As we all known that iTunes movies and TV shows are not only encoded in M4V container format, but also locked by DRM copyright technology. Therefore, in order to transfer iTunes M4V to 3GP for playback on non-Apple mobile phones, the foremost thing you have to do is to find out a professional iTunes DRM M4V converting tool, which can help you deal with lots of obstacles and keep the same output quality as original files. DRmare M4V Converter is one of the best converters I found comparing to other similar iTunes DRM removal tools online. By adopting advanced DRM decryption technology, DRmare M4V to 3GP Converter is better far than the leader on various aspects, including conversion speed, quality and stability and etc. If you are suspicious of how well it performs, you can download the trial version of DRmare M4V converter to test this performance in advance.

Created by DRmare Studio, DRmare M4V Converter is designed to get rid of DRM protection with lossless quality and at the same time, transfer DRM M4V videos to other common formats, such as MOV, MP4, AVI, MP4G, MKV, and more, of course including 3GP format. So that you can easily share your iTunes M4V videos with anyone via phones directly. Now, you can follow this complete tutorial to start your trip of converting iTunes M4V videos to 3GP files.

Firstly, you can see the "Add Files" button at the lower left of the software screen, and you just need to simple touch it, then, iTunes library will show up automatically, in which you can choose the wanted iTunes M4V videos to DRmare. Or, you can add iTunes DRM movies and TV shows to DRmare via drag&drop action directly. 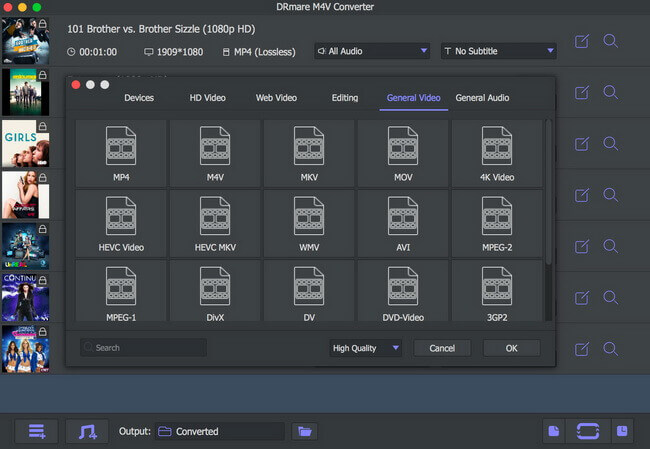 After all iTunes movies are imported to DRmare, it's time to set the output format. By clicking the "Format" tab, you can see kinds of common formats in the new windows. And then, you can choose the 3GP format in the "General Videos" column.

Once all settings are OK, the last thing you should do is to tap the conversion button at the bottom right side slightly. DRmare M4V to 3GP Converter will remove DRM from iTunes movies and TV shows you imported and simultaneously transfer M4V files to 3GP videos.

3GP Based on the structure of MPEG-4 Part 14, 3GP (also known as 3GPP file format) is a multimedia container format produced by the Third Generation Partnership Project, which is designed to reduce the overhead in terms of storage and bandwidth so that these files could be handled by smartphones. Almost all 3G capable phones, including iPhones, support 3GP format videos for playback.

MKV Created by Apple, M4V format is very similar to MP4 format file, encoded in video container format. But the big yet only difference is that some of M4V files, such as videos downloading from iTunes, are protected by FairPlay DRM technology, called DRM M4V format that can be only recognized by Apple's devices and players. As a result, protected M4V videos prevent you from watching DRM iTunes movies and TV shows on non-Apple devices for playback.