[Solved] How to Edit Songs and Playlists on Spotify

"I enjoy the Spotify Hip hop and R&B tracks, but don't like to listen to the intro of some songs. Is there a way to trim the intro out? It would be great if I can do that."

"I used to be able to use the Spotify Line-In to edit the metadata of all the music files. I found it isn't on the new app anymore. What can I do to bring the fantastic editing feature back?"

Spotify had officially released the Spotify Line-In feature to let users make suggestions to metadata of songs, albums, artists just like Tidal, Apple Music in 2018. But Spotify has already shut down this great feature in its latest app. So can we still edit Spotify music and what is the alternative solution? Here you will find all the answers.

View also: How to Import Spotify Music to Video 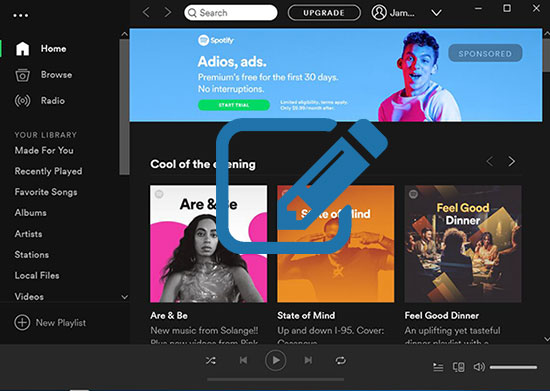 Part 1. How to Edit Your Own Spotify Playlists

Without Line-In feature, obviously you can't edit the Spotify song info. What about the playlists?

There are hundreds of thousands of Spotify playlists generated by using the advanced algorithm and manually created by artists or users. In general, you can't edit such kings of playlists on Spotify unless they are collaborative playlists. But for the playlists that are created by yourself, you can edit them freely from any devices you have like mobile phones, computers. Here I take Windows 10 for example.

1. Launch Spotify on your Windows PC.

3. Click the 3-dot icon at the top of the playlist and choose "Edit Details".

4. In the opened window, you can modify the title, description and image.

5. You can also drag & drop songs to add/remove them or change the orders.

Though Spotify don't allow to edit songs officially anymore, you can turn to third party software for help.

DRmare Spotify Song Editor for Windows/Mac is an all-in-one tool which can remove DRM, convert Spotify songs, capture ID3 tags and so on. All the tasks are done simultaneously, so you will save a lot of precious time. Besides, with this tool, you don't need to subscribe to Spotify Premium but still enjoy the privilege to download songs for offline listening for free. And after downloading, you can trim/crop the downloaded songs with any other tools such as iTunes, Audacity.

Now let me show you how to download and edit Spotify songs quickly.

You can batch import the songs or add them one by one by dragging & dropping them from Spotify app to DRmare software. You can import up to 100 songs at a time.

The original format OGG are combined with the DRM protection. You can't edit them directly on any audio editors. Here you can change it to common formats such as MP3, M4A, AAC, then you can import them to any editors you want.

Finally, please select an output format and click "Convert", the songs will be saved to your local computer. When it is done, you can move the songs for editing anywhere.

If you just want to change some metadata of Spotify songs, iTunes is good enough to help. But if you want to have some advanced features such as crop/trim Spotify songs, add equalizer, noise-reduce, audio effects and so on, you can try the free Audacity.

Here I'd take iTunes for example to show you how to import Spotify music to iTunes and edit Spotify song info. 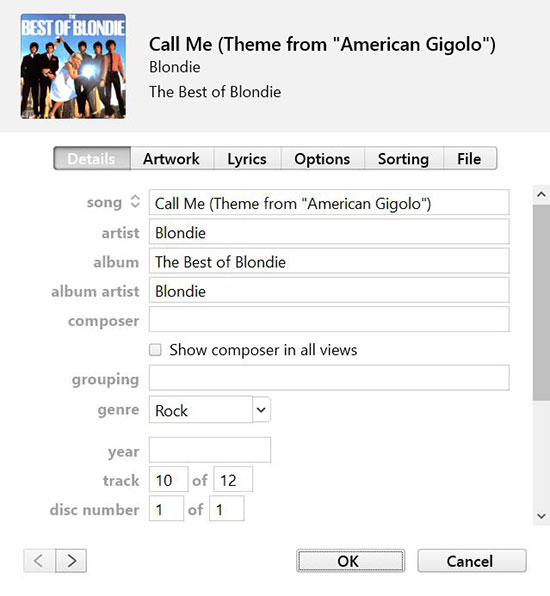